Don't Give Up Hope 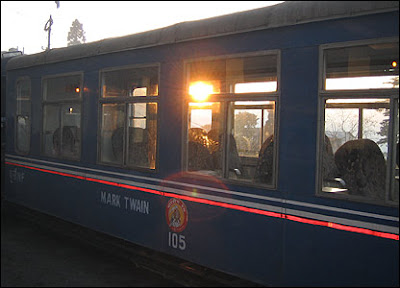 Frannxis has a nice Cantonese opera video but every few minutes, the producer's big logo floats across the screen and sometimes momentarily blocks out the performer's face. Frannxis finds this annoying as it spoils the video. He asks if there is a way to remove the logo. (See his blogpost here.)

Frannxis' question reminds me of a joke which my primary school teacher told the whole class some 4 decades ago:

Two friends were having a casual conversation:

A - I watched this romantic movie in the cinema several times, you know?

B - Oh really? Why? Was the movie really that good or are you being overly sentimental?

A - Neither. You see there was a scene which showed a young couple standing on a train platform. The woman was bidding a tearful farewell to her lover who was going away for a long time. Just as they embraced each other and were about to engage in a passionate kiss, a train moved into the station and blocked the whole view for a while. After the train passed, the action was over. But I am not giving up hope. One day the train will be late.

Hahaha..at first I thought you know of some new technology and want to show me how to remove the thing..

ya lor, I'm hopeful, maybe the 'logo' has only a limited lifespan, it will disappear later...

can send me your email address victor. I forgot. mine is profkingsfield2004@yahoo.com.sg

Got picture of BNP Bank in the 1970s? It was on the ground fllor and second floor right?

Frannxis - I hope you are not offended by my quirky sense of humour. :)

Peter - I have sent you my email address. So sorry, I don't have a 1970s photo of BNP at Overseas Union House. Tried searching on the Internet but could not find any old photos of BNP or OUH either.

certainly not, I enjoyed your joke..