Hmm... what was my last blog post about? Sorry, it was so long ago that this old memory of mine could hardly remember. 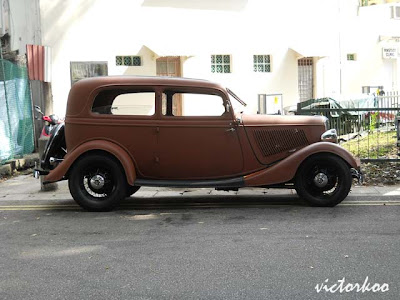 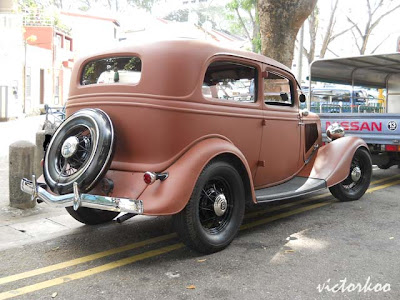 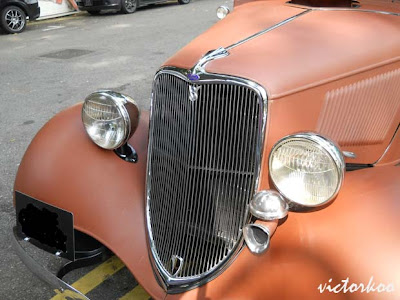 Oh yes. It was about an old car quiz. Now the answers.

Q1. What is the make and model of this car?

Q2. When was this car manufactured? 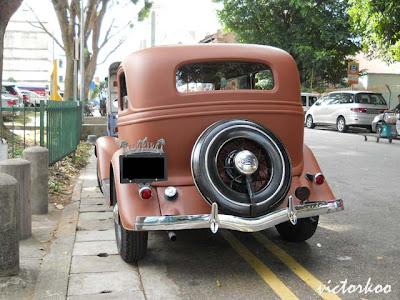 The car was probably imported from the United States as the metal holder for the number plate at the back (blacked out in the above photo) says "FLORIDA - LAND OF SUNSHINE".

R. Burnett Baker's answer 1934 is also in the right range.

You can refer to more details on this Wikipedia link. The following passage is extracted from the link:

"For the first 14 months the original model with a short radiator grille was produced, this is known as the "short rad". After this in October 1933 the "long rad" model, with its longer radiator grille and front bumper with the characteristic dip was produced. By gradually improving production efficiency and by simplifying the body design the cost of a "Popular" Model Y was reduced to £100, making it the cheapest true 4-seater saloon ever, although most customers were persuaded to pay the extra needed for a less austere version." 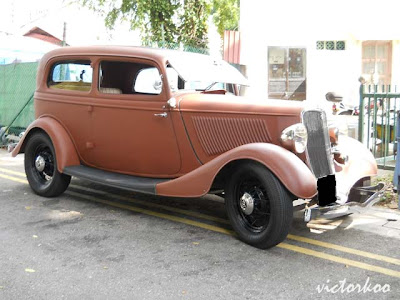 Just imagine, the car is only powered by a 933 cc, 8 hp engine. Perhaps, the best part is that it costs only £100 in the 1930s, which is probably less than the equivalent of S$1,000 even when the pound is at its strongest. No such nonsense as COE (Certificate Of Entitlement) some more. Moreover, the price of petrol in those days was less than 20 old pence an imperial gallon. Based on the conversion rate of 1 imperial gallon = 4.55 litres and 240 old pence = £1, the price of petrol then was probably only a few cents per litre!