Smallest Roundabout In The World

I apologise for disappearing from this blog for a quite a while. Well, the reason is that I have been doing some roundabout in my life, literally. ;) 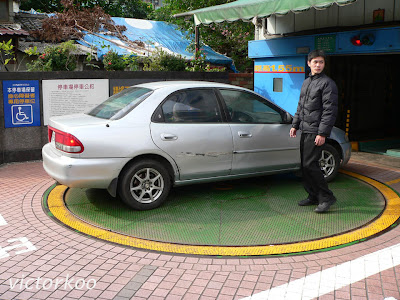 The above photo was taken when I was holidaying in Taiwan in November last year. It shows the entrance to a carpark near Pacific Sogo in downtown Taipei where land price is at a premium. Hence the approach road and the entrance to this car park is exceptionally narrow. They are so narrow that there is not enough space for a car to turn right normally into the carpark. So how did they manage to solve the problem? By using a powered roundabout or rather, I should say a turntable. The driver manoeuvres the car onto it; the operator presses a button to rotate it slowly 90 degrees to the right and voila, the car is facing the entrance directly within a few seconds. When the car exits the carpark, the process is reversed, with the turntable turning in the opposite direction.

Well okay, I admit that the yellow circle appears bigger than the roundabout in YG's article but if you could imagine and compare the turning motions of the cars in the 2 circles, you will realise that the car in my example is actually turning on its own axis, i.e. it is turning in a much tighter circle. So could this be the smallest roundabout in the world?

Note: I think that the man in the photo is the carpark operator. The driver is seated in the car on the lefthand side as cars in Taipei are lefthand-drive.
Posted by Victor at Wednesday, October 29, 2008 8 comments: 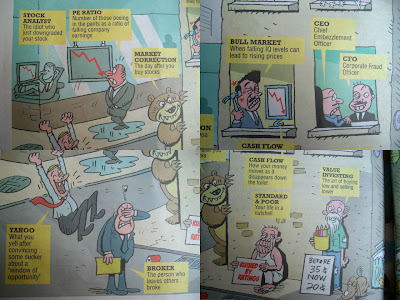 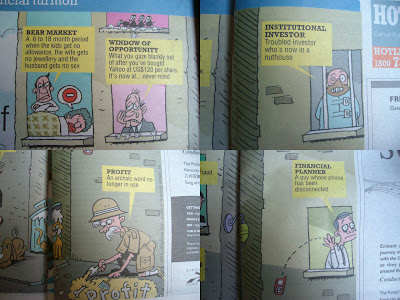 Effects Of The Current Financial Turmoil (1) 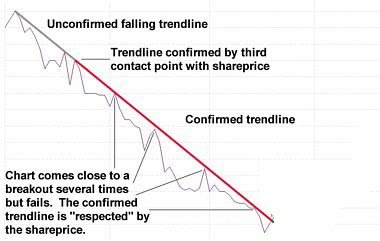 I read with sadness that quite a number of people have lost large sums of money recently because they invested in structured deposits linked to the collapsed Lehman Brothers bank. For some of these people, the money they lost were their entire retirement savings. I heard one elderly Singaporean couple invested $250,000 and may not get any of their money back.

As for me, I have made quite a few bad investments myself. A few weeks before the dot-com bubble burst in Mar 2000, I bought into ABN AMRO Star Global Information Society Fund. Needless to say, when I sold off the investment after the bubble burst, I got back only less than 20% of its original value. It was only after the dust had settled that I realised that the fund was classified as "high-risk and narrowly-focussed". To make matters worse, the investment was sold to me by a very close relative. I won't deny that our relationship had suffered because of this unpleasant experience.

More recently (in Aug 2008), my wife and I bought some OCBC non-convertible preference shares. We were attracted to them because they paid 5.1% annual dividends - not bad when you consider that interest rates for savings and fixed deposits are only a small fraction of that. As promised, the shares did pay a 5.1% pa dividend, i.e. S$33.53 for every S$10,000 invested for the 24 days which the shareholder had held on to the shares. Not too bad except that the closing price of the share had dropped from $100 to $93.42 within the same period - we had a paper loss of more than $1000 within less than a month and got back only less than $100. Would you have subscribed to the shares if you know that this is the outcome? Of course, with the benefit of hindsight now, the answer is an obvious one.

My many bad experiences in investment make me wonder how people like Mr Oei Hong Leong can make S$7 million by trading AIG shares in such a difficult market condition. No wonder they say that the rich gets richer (people like Mr Oei) while the poor gets poorer (people like me). Alright, Mr Oei did a good and noble thing by donating his S$7 million gain to the Lee Kuan Yew School of Public Policy. (I would like to donate too but now, I am badly in need of donations myself.)

I feel that our MAS has not been very pro-active in its role as a financial regulator. It should not have allowed highly risky products to have been marketed as relatively safe investments to risk-averse investors. This would have constituted as misrepresentation by the sellers. The least it could do is to label the products as "high risk" and this fact should be made known to buyer by the seller. The buyer should also be told in layman's terms the various scenarios which will cause a loss to the investment and by how much.
Posted by Victor at Sunday, October 12, 2008 13 comments:

My Cups Runneth Over 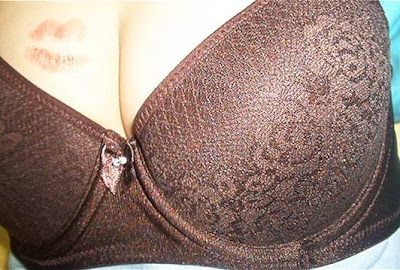 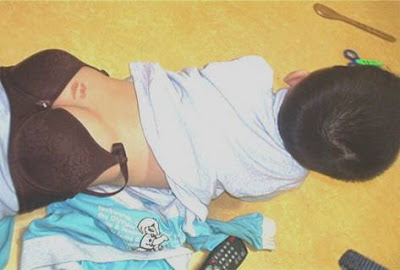 What's wrong with your caretakers?
Did they run out of pampers?
Now if this blog doesn't make you smile
You've lost humour sense quite awhile
Posted by Victor at Monday, October 06, 2008 11 comments: 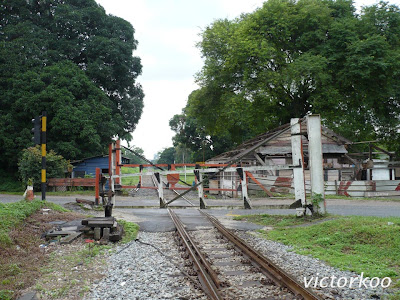 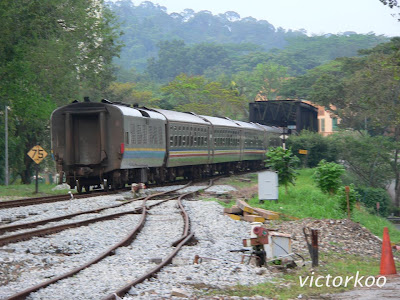 This quiz is specially designed for railway aficionados like Icemoon, Stanley and Peter. (Incidentally, I recently learnt from Icemoon that the Japanese term for aficionado is otaku.)

The 2 photos shown above were taken not too long ago in Singapore at two different locations. One obvious clue is that these two stretches of railway are still in operation. Can you guess where are the locations?

As usual, most of the answers provided by readers were correct. Hmm... it seems like no quiz is too difficult for most of you. I think I will have to come up with more challenging quizes from now on.

The first photo is where the KTM railway crosses Kranji Road, with the camera facing a north-eastern direction. I was struck by the old-world charm of this place, especially with the dilapidated wooden huts standing on both sides of the track. The photo was taken on 26 July 2008. I learnt from YG that the two structures on the right of the photo had since been cleared. Below are more photos of the railway crossing at the Kranji Road area as well as the deserted and dilapidated Nissen huts which YG and another reader mentioned about. According to the reader, the Nissen huts area used to be Woodlands Camp where they trained SAF drivers. (The reader was trained at the camp in the 1990s as a 3-tonner driver and recounted a minor accident then where his 3-tonner knocked down one of the posts of the railway gate.) 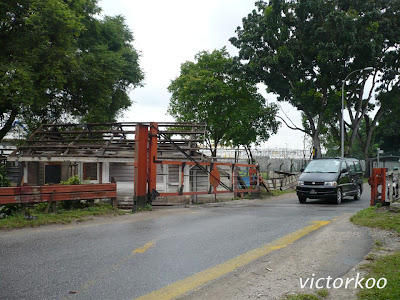 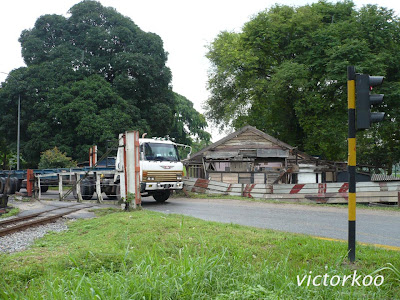 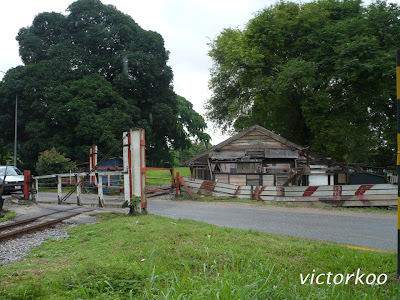 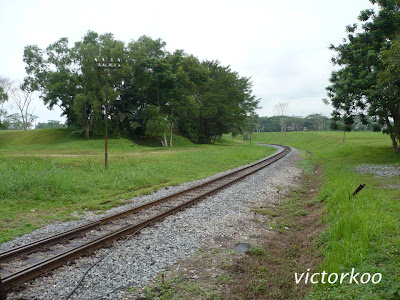 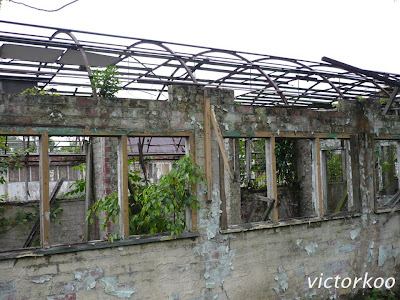 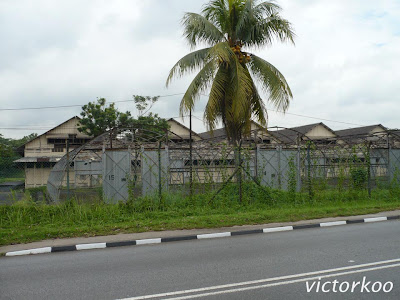 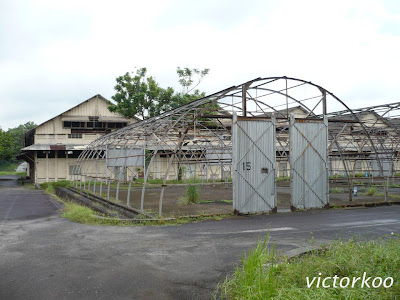 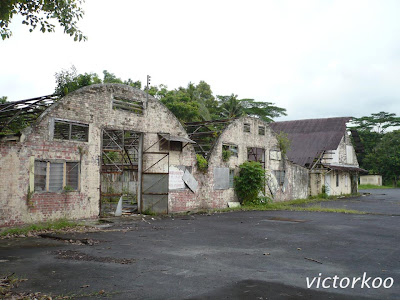 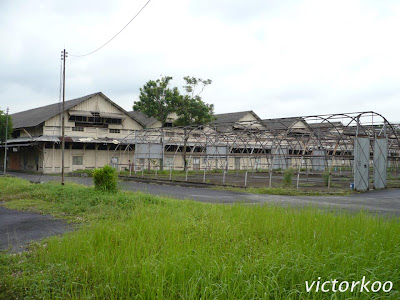 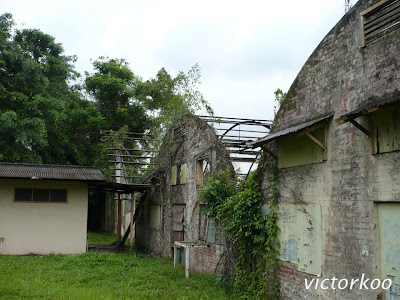 The second photo was taken at the Bukit Timah station on 28 January 2007 and here are more photos of this area: 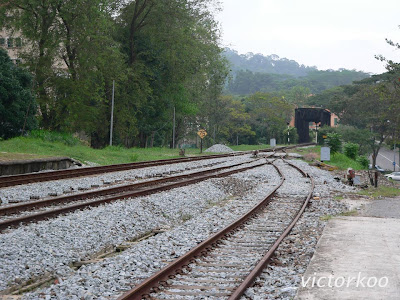 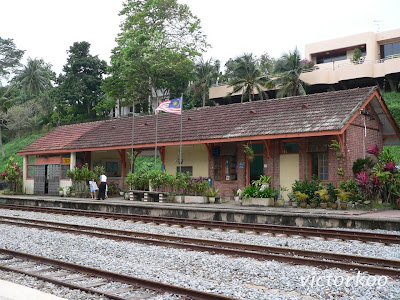 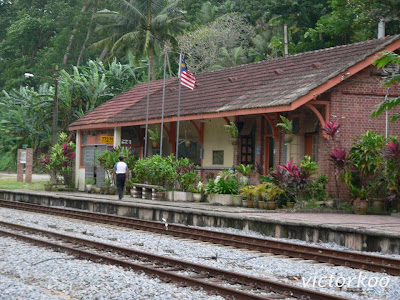 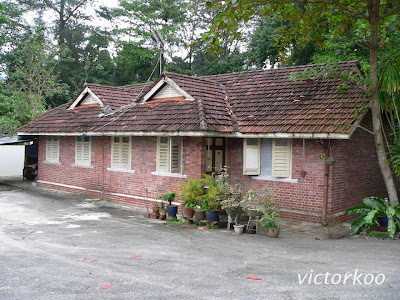 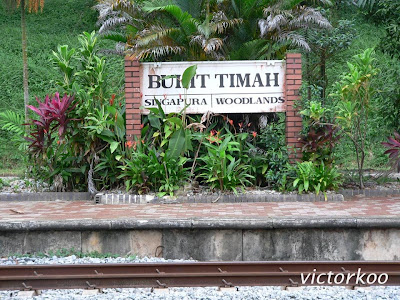 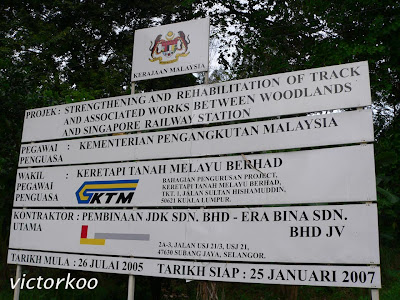 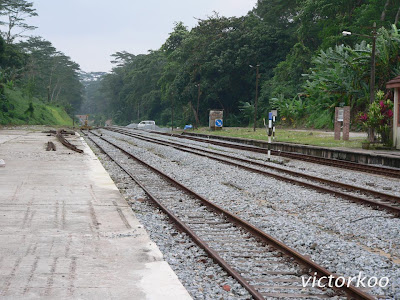 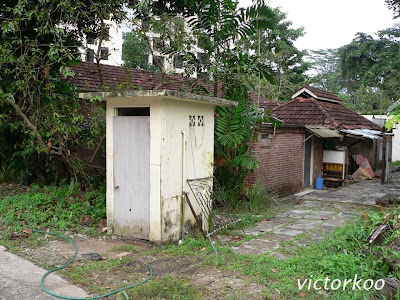 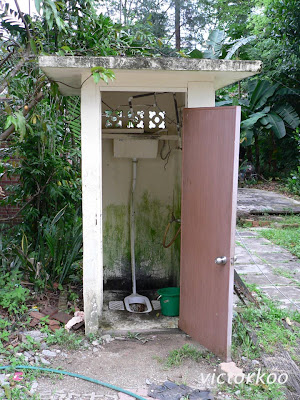