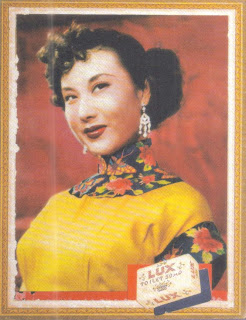 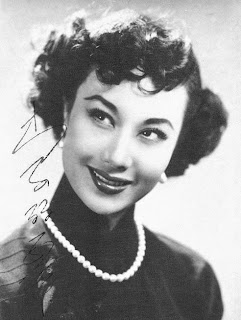 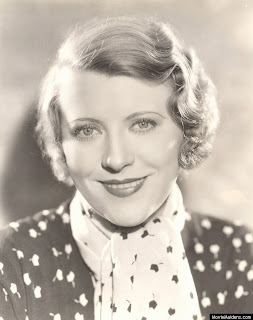 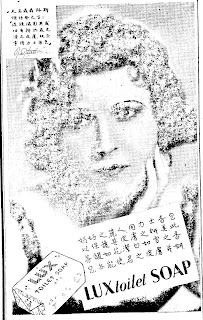 Above photo (right) was reproduced from this website.
Posted by Victor at Sunday, September 19, 2010 5 comments:

When Skincare Was A Piece Of Cake 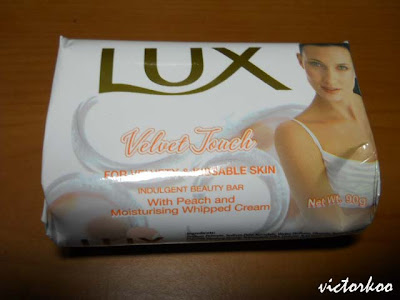 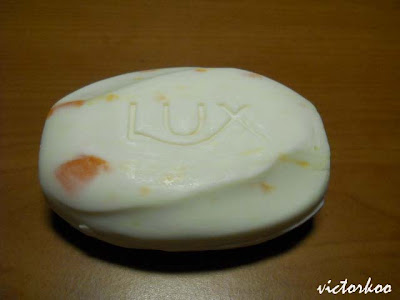 Skin care in the old days was a piece of cake, or rather, a cake of soap. More specifically, Lux soap. Things were simple then. No need for such things as cleansers, toners, moisturisers, anti-wrinkle and whitening creams, etc.
Lux soap was endorsed by popular Hollywood and Bollywood actresses of the era. Below is a Lux soap advertisement in a local Chinese newspaper dated 25 May 1932: 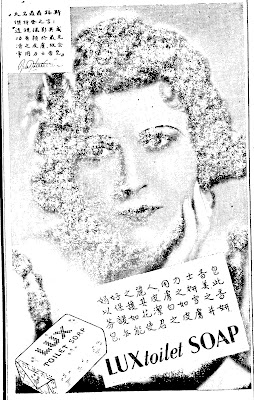 Do you know who is the actress in the above photo? Here's a clue: the Chinese characters in the advertisement say 路斯傑特登 or Lu Si Jie Te Deng. (The answer will be reviewed in a week's time.)

Not only did Hollywood and Bollywood actresses grace advertisements for Lux, even Chinese actresses did the same:

Just like snake oil which could cure multiple ailments, most people in those days washed their hair with just soap and not shampoo. The whole family would share the same piece of soap. So if you found hair stuck onto the soap, you would know that the one who used it before you had washed his/her hair.

The humble piece of soap had so many uses that you could even use it to wash your underwear!

And it is cheap - only 10 cents. However, for washing of clothes, most households used another type of soap which was even cheaper in order to save money. One such popular brand then was Labour soap. But still, I believe that people in those days didn't have so much dirty laundry to wash especially in public.

I heard that some poor families even used Labour soap for their baths to save money! It would certainly be cleaner than if they had used just water.

You can see a neon sign advertising Labour soap in the photo below.

The neon sign was animated which was no mean feat considering that moving images did not arrive in Singapore until the next year via black-and-white TV. And our lives changed forever after that.

The jerky 3-step animation showed the man's arm swinging downwards to hit the soap object with the mallet. As a kid when I first saw the neon sign, I could not help but wondered if the Labour soap was made that way, i.e. by hitting it with a mallet. Of course, now I know that the sign was misleading, like most advertisements.

For those of you who don't know how a bar of Labour soap looked like, let me try to describe it to you. It was about a foot long, i.e. about 30 cm, if you are more used to metric measurements. Its cross section was a 2-inch or 5-cm square. The opaque soap was yellow in colour and was wrapped in waxy paper of a colour which I don't quite recall but I think was blue. The long bar of soap would be cut up into smaller, more manageable pieces like these: 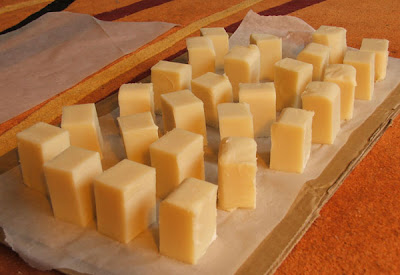 However, you won't get so many pieces from just a single bar but maybe three or four.

To end this post, here is a song titled "A Little Bit of Soap", a hit song by the Jarmels which reached Number 12 on the US charts in 1961: