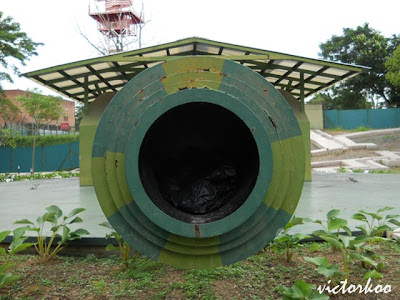 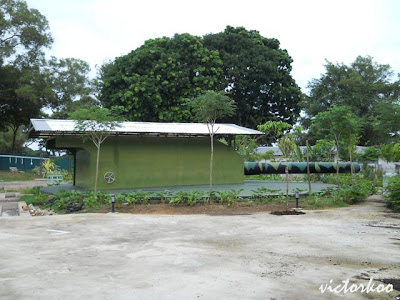 From 5th to 12th February 1942, the two guns of the Johore Battery that could turn around fired landward in Singapore's defence. They shelled Japanese infantry positions from Johor Bahru, just across the Causeway, eastwards to the area North of Tanjong Punggol. They also joined in the battles for Bukit Timah Road and Pasir Panjang. The guns of Johore Battery fired 194 rounds before their demolition by the British on the night of 12th February. This demolition, and the postwar upgrading of Changi aerodrome, means all the remains are the underground tunnels on this site, which once housed ammunition and power plants.
Posted by Victor at Monday, November 29, 2010 1 comment: 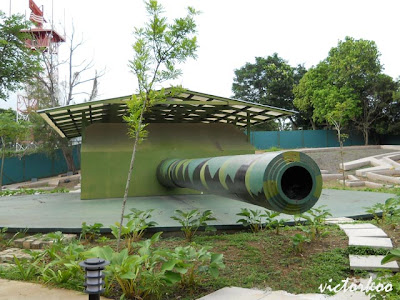 For the past month, I stumbled upon quite a few old cannons without actually aiming to look for them. Luckily, they were not aiming at me either. So it looks like the next few blog posts will still be about old cannons. Sorry, if this is not your cannonball game.

1. The cannon in the above photo is a replica. Where is it sited? (Give the road name.)

2. How many such guns were there orginally near this location and what were they collectively called?

3. How many such guns were there in Singapore at that time?

4. What was the diameter of the shell (in inches) that the gun fired?

Answers will be revealed in a week's time.
Posted by Victor at Monday, November 22, 2010 11 comments: 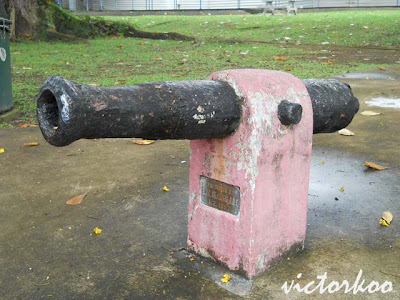 No correct answers were received for the last quiz although YG did come close with his "near the sea" guess about the location. I truly marvel at his keen sense of observation - he noticed the ketapang leaves on the ground of the quiz photo and guessed it was near the sea. Looks like for future such quizes, I will have to "digitally clean up" the ground as well and not only "paint over" the name plaque. 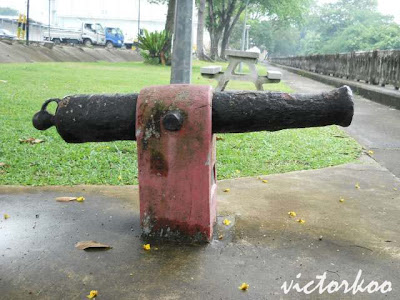 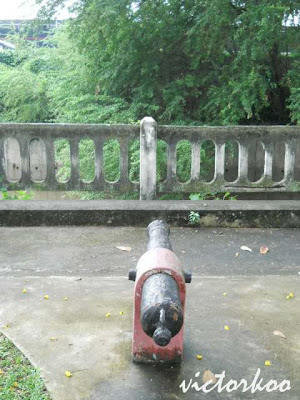 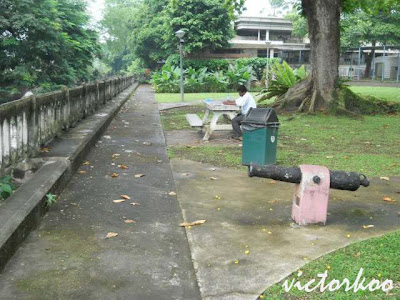 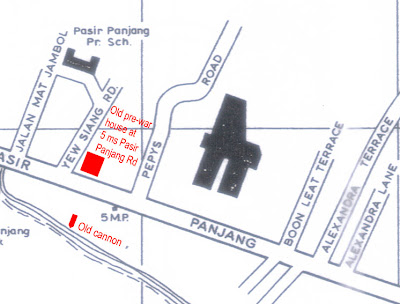 Now, the map of the area looks like this: 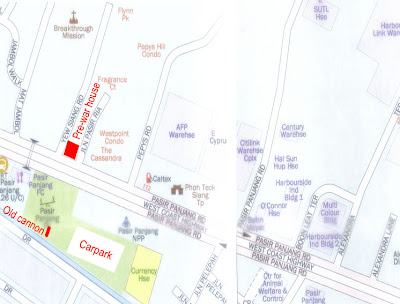 About 400 metres of land had been reclaimed and on it stand the Pasir Panjang Wharves.

Answers to the Quiz


Q1. Where does this cannon lie? 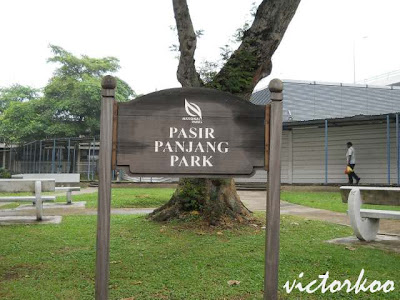 A1. Pasir Panjang Park - This got to be the one of the smallest, if not the smallest park in Singapore. Its area is probably only slightly larger than an HDB executive flat which is about 140 square metre or 1,500 square feet. This is because a large part of the park has been converted to an open-air carpark. The park is located next to the Pasir Panjang Food Centre. Incidentally, the cannon is located directly in front of the old pre-war house which I blogged about previously. 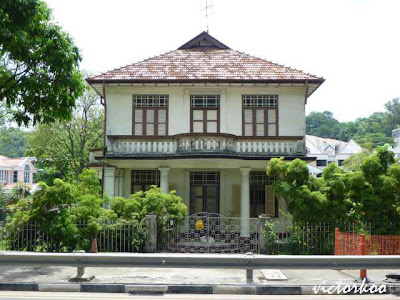 Q2. Who presented this cannon? 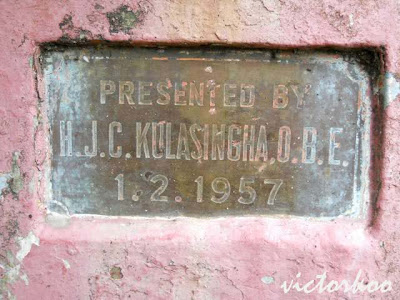 A2. The photo of the plaque above says it all. He is HJC Kulasingha, OBE (1900-1982). HJC is not his title but part of his name, i.e. his full name is Hollupatherage James Calbera Kulasingha. OBE is not part of his name but probably stands for Officer of the Order of the British Empire. He contested in Bukit Timah as a Progressive Party candidate in 1951 Legislative Council General Election against Valiya Purayil Abdullah of the Labour Party. He won, garnering 1,311 (57.1%) of the votes against Abdullah's 983 votes (42.9%). He also contested in Southern Islands in the 1955 General Election under the same party as well as in Pasir Panjang in the 1959 General Election as an independent candidate but lost both elections. (Refer to this webpage for further details. If you explore the website, you will find that people like clerks, hairdressers and newspapermen contested the General Elections in those days. Not quite different from recent times when you have people like the Slipper Man contesting the General Election, am I right? For your information, Kulasingha was a merchant.)

He was also Chairman of the Pasir Panjang Rural District Committee. In this position, road safety in his district was one of his concerns, as can be seen from this Straits Times article dated 20 Oct 1950, courtesy of the SPH and NLB: 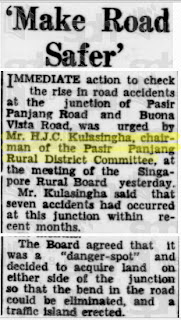 He was also once the Director of the Jurong Bird Park.