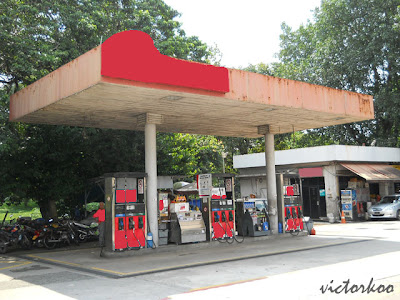 Chun See commented that my quizes are "a bit too tough" for him these days. So for his sake, I am giving an easy one this time. Should be a piece of cake. No clues needed.

Would you believe that this "remnant from a bygone era" is in Singapore? It has got to be one of the oldest, if not the oldest petrol station in Singapore. No supermarket or convenience store in this outlet, only a car wash.

It probably dates back to the 1950s. Don't expect it to charge 1950s prices for petrol though. For cheap petrol, you still have to go further up north where the petrol stations are newer.

The petrol station badly needs a paint job and I have done just that. That is painting over the essential bits so that the quiz won't be too easy.

1. What brand of petrol does this petrol station sell?

2. Where is this petrol station located? Give the road name.
Posted by Victor at Tuesday, January 11, 2011 15 comments: 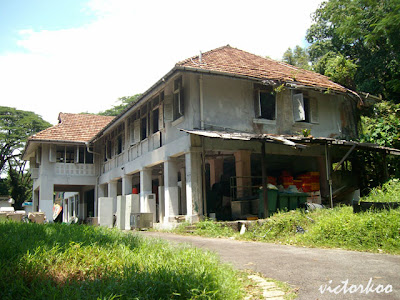 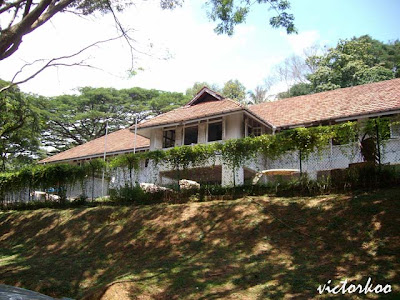 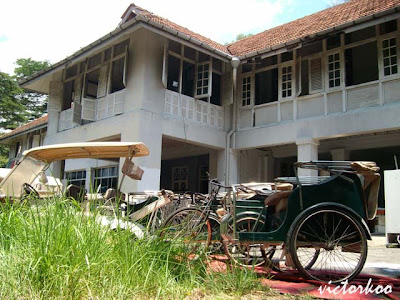 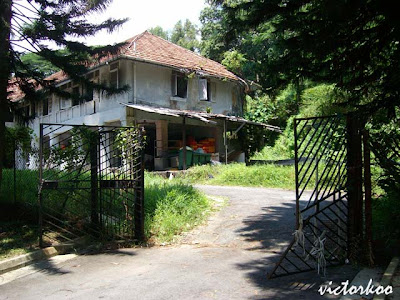 Nobody gave the correct answer for this quiz although YG did make an intelligent guess, as always, by saying that the building must be near my place of work. I don't think the quiz was too difficult but rather, there seems to be very few visitors to this place - Labrador Villa Road in Labrador Park and hence not many people know what it has to offer. Why do I say that? Well, I visited Labrador Park on the morning of 29 Dec 10, a Saturday and there was not a single soul in sight! 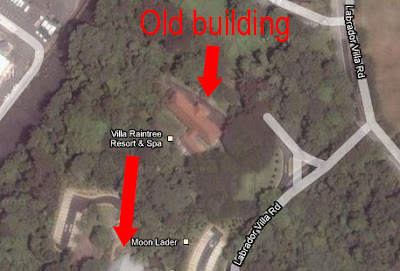 Almost all the facilities in the park were closed. They include the old building which, according to a location map in the vicinity, was originally designated a boutique hotel. I do not know whether the hotel business actually did materialise or not. 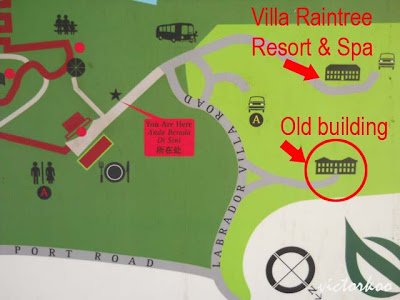 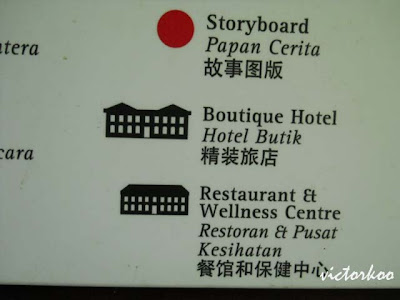 Other facilities that were closed include: 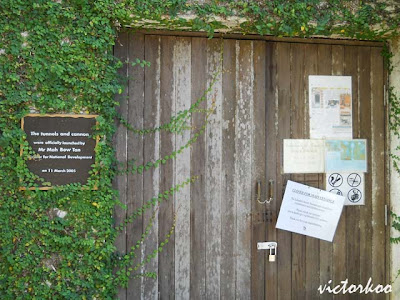 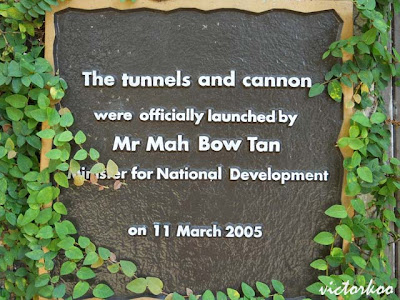 The tunnels were "rediscovered" only in 2001 and officially opened by Minister for National Development Mr Mah Bow Tan not too long ago in March 2005. 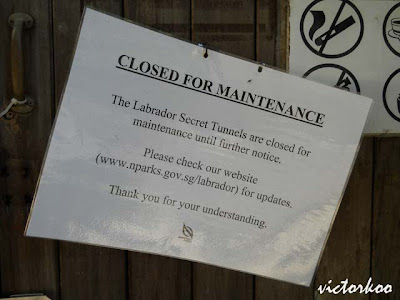 Now they are "closed for maintenance". The Villa Raintree Resort and Spa, which used to house the Pasir Panjang Boys' Hostel from 1980s till the early 1990s and then Breakthrough Missions till the early 2000s. 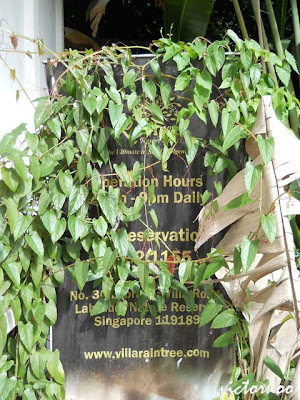 The creepers on its signboard look creepy. 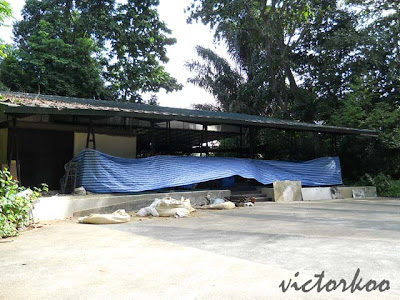 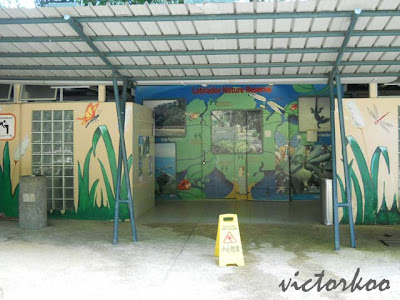 Even the toilets were closed. And definitely not for cleaning. 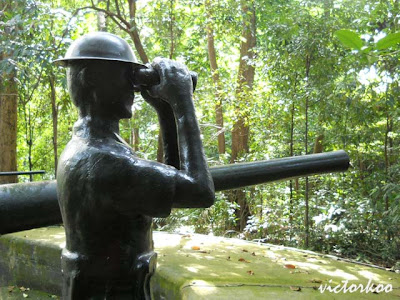 This statue in Labrador Park seems to be on the constant lookout for the precious and elusive visitor.

Considering the dearth of visitors, why do you think Labrador Park is now undergoing "maintenance"? Surely cannot be due to wear-and-tear because of heavy human traffic, right? And how come the supposedly "maintenance" does not have an expected completion date? Like Mandai Orchid Garden which "has been losing money from Day 1", according to its owner Mr Heah Hock Heng, I believe Labrador Park is suffering the same fate. Only difference is that Labrador Park is losing Government's, or more rightfully, taxpayers' money. Mr Heah continues to operate the Mandai Orchid Garden at a loss because of his passion for orchids. However, the same cannot be said for Labrador Park visitors. I don't think visitors are passionate enough about history and heritage to be willing to fork out $8.60 just to explore the secret tunnels at the park. Thus, the tunnels are likely to remain secret... or be "closed for maintenance" indefinitely. 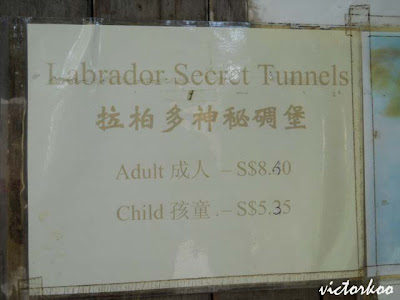