Leading An Astray Person To The Right Path 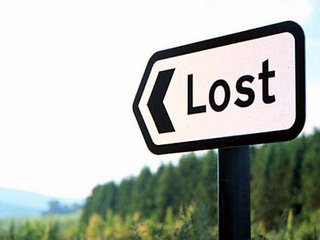 I do not usually write about relationship or social problems. I also do not like to dish out advice to others because I am no trained counsellor. However, I like to write about personal experiences, especially amusing ones. And like what Chun See did here, here and here, I also like to give misleading titles to my posts. So this post is still about an amusing personal experience.

Today, my colleague was scheduled to service his car at Leng Kee. He requested a favour from me - to follow him in my car during lunchtime so that he could leave his car at the workshop and then hitch a ride back to the office after we had lunch together. After work, he would hitch a ride to the workshop to collect his car. After he reminded me that I might need his help in return someday As I am always glad to help someone, especially since he is also a good friend of mine, I agreed without hesitation. As a gesture of thanks, he insisted on buying me lunch which I accepted to avoid arguing with him in public.

After work, we proceeded to collect his car. On the way there, he was worried that after collecting his car, he was not too sure of the way to get to PIE as that was the only way he knew how to get home. So I offered to lead him to Orange Grove Road where he should make a left turn into the road. As I would be going straight into Orchard Road, I told him that I would signal left near that junction but I would not be turning into that road. He said "Okay" and followed me in his car.

When we reached the Tanglin Road and Napier Road junction, I saw that he wanted to make a wrong left turn into Napier Road. I hand-signalled to him that it was the wrong road. He corrected his mistake in time and continued to follow my car. When we were in front of Tudor Court, I signalled right to overtake a long queue of slow moving traffic. Alas, he misinterpreted it as a signal for him to turn left, so turn left he did into Nassim Hill, just before Orange Grove Road. I called him immediately to tell him that he went into the wrong road. He asked me not to worry as he would find his way.

About 5 minutes later, he smsed me and said "I saw PIE".

I smsed my reply, "Good. Just don't end up in Tuas Jurong. Wahaha. I've to blog abt this."

A while later, his 1st reply came: "U still dare to mock me. Gave me wrong signal. U said u signal right but won't turn wat. I saw e signal so I turned lor. But same way. Ended up in Steven road."

Realising his mistake, he sent a 2nd reply: "I meant u said u signal left but won't turn. And I know where's Jurong and Changi Airport, ok?"

I will not be very wrong to say that this colleague has little road sense - he got lost right in the smack of town! I wonder how he managed to topo his way out of the jungle in his army daze days. Don't tell me he is not familiar with Tanglin/Orchard Road area? Hello, that is the main shopping belt for tourists and locals alike okay? You mean his wife never asked him to fetch her to Orchard Road for shopping ah? If she did, she most certainly must have directed him there all the way.

To avoid any miscommunication when I am leading the way in future, I will switch on my hazard lights instead for signalling a turn to the following driver.

You could have guessed it by now - that colleague was Chris.
Posted by Victor at Monday, September 25, 2006

I thot you were going to wite about the tv drama.

If I had to lead a topo king to PIE from Leng Kee, I would probably choose: Follow MRT track along Commonwealth, turn into Queensway, Farrer, Adam Rd. Only turn and less traffic lights.

Haha, Vic I am one of those who has little road sense and also one of the few not familiar with the Orchard Rd area.

ya, your title is sure misleading...at first I thought it was something in response to Chris's post about living dangerously.

其实，死要面子的人还不止一两个。uncle chris is one of them. haha! he will go all way out to avoid being in the losing end. men's ego. tsk.

Gentlemen and lady. Now you know how misleading Victor could be judging by the title of this entry... No wonder I'm LOST. Read my "retort" here.

I rest my case.

Chun See - Taxi drivers are taught to always navigate by the shortest route, unless the customer specifically asks for another route. The shortest route may not always be the smoothest or the fastest one but that is a rule a taxi driver must always observe. Some customers are very difficult - if you go by a longer route without their permission, they can make a valid complaint against you for profiteering. And Chris is no doubt one such difficult customer.

Frannxis, as the 1964 Petula Clark's classic song urges, you should go downtown more often. A local who is not familiar with Orchard Road is like a Chinese who does not know how to speak Mandarin.

Chris, are you starting a revolutionary new way of commenting on a blog or a new kind of meme? That is by answering a post with another post? But I must say that your retort within one day came even swifter than responses from some gahmen departments (and civil serpents). They should be ashamed of themselves.