Don't be misled by the title of this post. I'm not writing about the sensitive issue of race. I know better than to do that in Singapore. Instead, this post was inspired by a recent article (reproduced below) which appeared in Net Buzz, a regular feature of the New Paper whereby readers submit amusing short articles which they spotted on the Internet:

Since the Internet article was reproduced in one of our national newspapers, it should be safe for me to put it back on the Internet via my blog. I can't verify how true are all the claims but we can scrutinise one aspect - how good are German cars versus French ones? I quote the survey results from the following BBC website:

According to the survey, the top 10 most unreliable cars amongst a total of 142 cars surveyed in 2005 were:

Out of the list, 7 were French cars and 2 German. So the French 'won' hands down in this dubious category. Perhaps the French should switch to selling lemons instead of cars. But then again, the British might be bias. (Note that according to the short article quoted at the beginning of this post, the English are bad cooks. So could they have cooked up the bad figures? Maybe. I personally find it hard to believe that a Mercedes is also in the list. But I couldn't help feeling worried because I drive a French car: 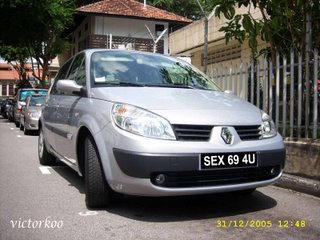 So far, the car has not given me any problems (touch wood). But then again, who would expect a 5-month old car to give any problems?

Recently I visited a German expo in Singapore to find out more about the Germans: 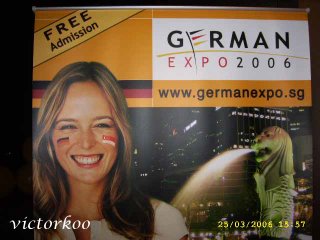 The Germans are no doubt very innovative and ingenious designers and engineers. They came up with the bionic car: 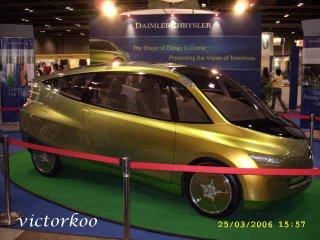 For the uninitiated, bionics translates nature's solutions into human technology, for there is no doubt that nature is the best engineer and the most ingenious designer of all. For example, how is a water spider able to swim and dive without getting wet? Real solutions from bionics include self-cleaning surfaces based on the properties of lotus leaves, self-sharpening cutting tools that copy the principle of rodent teeth. Even the Velcro fastener originated from a bionic inspiration.

The shape of the bionic car is based on the boxfish (also known as puffer fish in the local context): 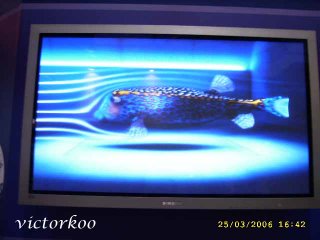 It is found that a model of a boxfish in a wind tunnel test produced a very low Cd (Coefficient of Drag) value of 0.06. (The bionic car has a Cd value of 0.19.) A low Cd value translates into good fuel economy - extremely important with today's high fuel prices. (The 1991 cc bionic car has a fuel consumption of 4.3 litre/100 km. In contrast, my 1598 cc Renault Scenic could only manage 8.0 litre/100 km. What a shame!)

More details about the bionic car are available from this URL:

The Germans not only make very good, prestigious (and expensive) cars: 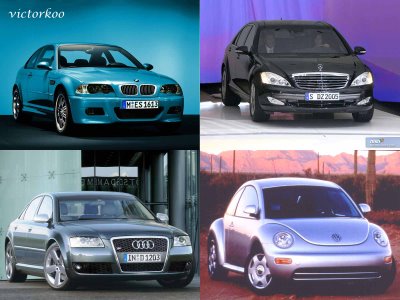 And unlike the Englishmen, they are very good cooks as well: 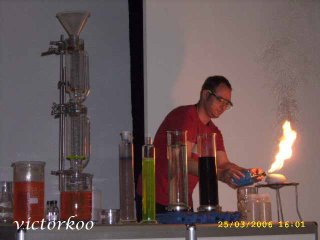 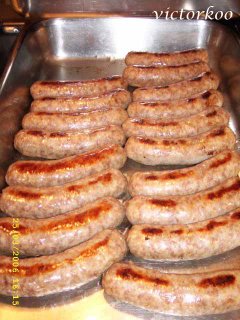 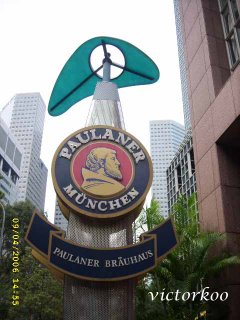 And they are very proud of it: 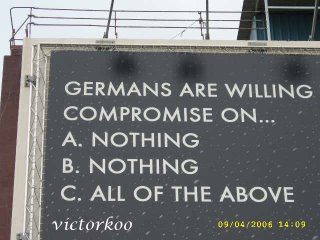 I also wonder why did a Japanese car brand employ Germans to endorse their cars in a current TV commercial. In this commercial the people were having a conversation. It all sounds like German to me (i.e. I couldn't understand a word) and all that I can understand, if I don't read the English subtitles, is when they utter the brand of the car. Now isn't this a tacit acknowledgement that the Germans know more about good cars than the Japanese? Why didn't the car makers feature Japanese in the commercial?

However, I must say that their vacuum cleaner sucks, literally. At more than $400 for a normal vacuum cleaner, it is guaranteed not only to suck up with every speck of dust and any puppy that happens to be in the way but also all your savings too. So what if it has HEPA filters and the air it blows out is supposed to be cleaner than the air it sucks in? In my opinion, it is all hot air (pardon the pun). A vacuum cleaner does not carry a status symbol, unlike a Mercedes Benz and therefore the price is not justified. Only a sucker will buy that sucker.

So in comparison, what do the French have to offer besides their cars of dubious quality? 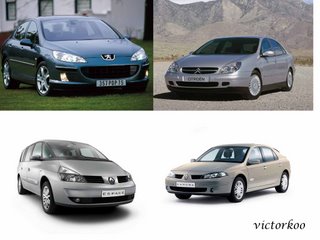 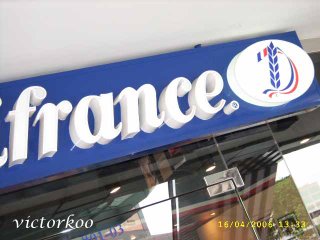 And a product (a type of cap) which has a name associated with them: 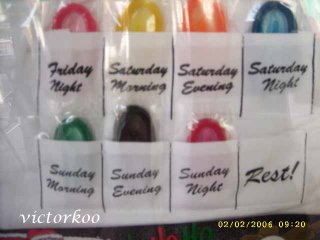 So what do the nationalistic and proud Frenchmen have to say?
Posted by Victor at Monday, May 01, 2006

Interesting post, Victor, but I almost dozed off with the technicalities somewhere in the middle. Yawn.

And shame on you. What a led down you are. Whatever happen to our LOCAL products? Have you forgotten about oooossimm? Ohhhh you! How could you??!! And the humble little jar (now it comes in tube as well) of oil known as Tiger Palm?

If this is your way of telling us that your scenic is a more superior car then the rest, well, we are not impressed. Have you been over-feeding on French Fries? Hng!

Friend, I think this is the 3rd time you showed those condom pictures. Why are you so obsessed with sex?

Chris, you have been speed reading again, haven't you? I did not boast about my car. What I said was that the survey results showed that 7 of the top 10 most unreliable cars are made in France, just like mine, so I had reason to be worried.

Chun See, don't have to get so uptight about sex. It is a very normal and natural part of our lives and also of the the birds and the bees. We are all here because of the consequence of it. Ain't it a wonderful thing?

Those condoms serve very useful and practical purposes - they lessen the possibility of the transmission of sexual diseases and of unwanted pregnancies. It is not realistic to expect everyone to be able to abstain from sex, be it premature, extra-marital or casual. So the next best thing is to teach them how to have safe sex. I believe that Action For Aids or AFA has recognised this fact too. Even so, for some people, this education comes a bit too late. I think that the condom is a wonderful man-made invention. Kudos to the French.

How about the car with the SEX no. plate? Not the first time right?

By giving me a lecture on sex education, you are actually practicing the politics of distraction.

I think you shd come clean and admit to all your readers. You are obsessed with sex.

"Come clean and admit". Woa, this phrase is getting very popular these days, all thanks to James Gomez. And Chun See, you also mentioned the word "Politics". Man, this GE is definitely rubbing us off. LOL.

Ok, allow me the pleasure to venture a few guesses as to why Victor, our friend, is so obsessed with sex (or seem to be so):
1. Victor is just depraved, I mean deprived. So, blogging about the three letter word is a sexual outlet for him, so to speak.
2. I always find blogging therapeutic. Maybe Victor finds it orgasmic.
3. Victor is out to proof that we Singapreans are certainly no prudes and to show the world that our ranking as the world's No 2 in terms of love-making frequency (after Japan) is certainly flawed.
4. Victor's fav number is 69. How else do you explain his number plate?

Victor - don't get so uptight. It's post like yours that make me keep coming back to your blog. For I can be sure what funny (and sexy) posts you'll put up next. Of course, your nostalgia posts also make a good read.

Oh, did I misread your post about the French cars? Damn! It must be that distracting french coats photo of yours and you car plate. All very distracting! LOL.

Well, I wouldn't consider 3 posts out of a total of 55 posts (i.e. about 5%) mentioning about sex as "an obsession with sex". Rather, it should be called "a healthy interest" in the subject. Since you mentioned about politics of distraction, perhaps it is relevant to draw a parallel with election results - I think the ruling party will be extremely elated indeed if only 5% of the votes go to the opposition.

I was not giving you a lecture on sex education. I wouldn't dare too. Because I do not need any convincing that you may be more experienced than me in this area. I was only speaking generally. You should know by now that I am from the Liberal Party while you may be from the Conservative Party. It is political freedom at work.

Oh about that sex message on my car number plate - you see, it is sort of like my party's manifesto. You don't see a political party changing it's manifesto every few months or so, do you?

Finally, I believe that in a democratic society, people have a right to free speech. Well, at least free speech within reasonable limits in Singapore's context. And by any yardstick, I honestly think that none of my blog posts has gone beyond any out-of-bound markers. Therefore I make no apologies and they will be more posts of this nature to come.

Chris, thanks for your latest very encouraging comment which just crossed mine. So here's my response:

In fact, I do feel happy and proud that I can still have an obsession, I mean a healthy interest in sex at this age. Actually, it is all in the mind. For example, some people may interprete my photo on German sausages as something fattening and sinful while others may interprete it as suggestive and indecent.

Healthy or not, Victor, that's open to debate. Let me see ..... hhmmmmm... 2 nostalgia posts for every 3 "sexy" posts. Uh-uh... that's certainly not healthy, Victor. I find this most troubling .... You need to get your priorities right. ROTFL.

Hi Victor, i am just bloghopping and found your blog really interesting. Your posts, especially this one, is funny (ina good way).

Have a nice day.

Hi Yoshke, thanks for visiting my blog. You're one of the first few young readers who find my posts humorous. However, some oldies (see example above), hinted that I might have 'overstepped the boundaries of decency'. But personally, I don't think so.

haha, you're the first person that I ever "met" who has the same birth date. Really.

I love this post because I am part-German and one of my bestfriends here in the Philippines is half-French and I like telling him that the French are only good at baking, er, being arrogant and proud aside. But it's just a joke.