I lived in Haig Road from 1975 till about 1980. As a young man at that time, I used to wander around nearby Joo Chiat area with a chopper.

To the younger readers, a 'chopper' here does not mean a type of kitchen knife. I was not going to participate in any gang fights which were frequent occurrences in Joo Chiat in that era. They still are and I am not referring to the famous neighbourhood squabble in Everitt Road. Fights still break out every now and then mainly because of the many bars and massage parlours that have sprung up in that area recently.

A chopper was a small bicycle with its rear tyre slightly bigger than its front one. It was very popular at that time: 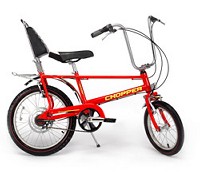 Riding my chopper, I discovered many interesting facets of Joo Chiat. Sad to say, most of them are no longer there today. Today, Joo Chiat is more well known for its food and food-related businesses, besides its bars and massage parlours, of course.

I am writing a series of posts about Joo Chiat and this is the first one. Today I will describe one of Joo Chiat's more popular and well-established businesses which is still in operation today. I do not have a habit of advertising for a business (especially since I do not earn anything from this). However this time I am providing the name card and detailed instructions on how to get there because my blogofriend Evan requested for them: 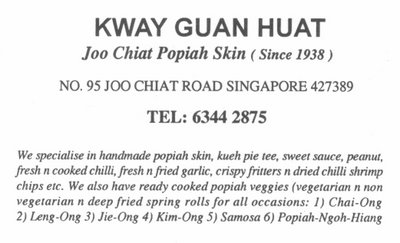 This popiah skin manufacturer has been around since 1938 although I cannot confirm whether it has always been in Joo Chiat since I was not even born yet at that time. So this shop has survived World War II. Whilst other local popiah skin manufacturers like well-known第一家(Tee Yih Jia) have fully automated their operations and even gone global, this one in Joo Chiat has chosen to stand still in time but yet has stood the test of time. 'Tee Yih Jia' literally means 'the first (company making popiah skins)' but since the company was established in 1969, it is definitely not the first homegrown company making popiah skins - Kway Guan Huat (郭源发) was established more than 3 decades earlier.

At Kway Guan Huat, the popiah skins are still made the traditional way. Each piece is made by hand, hence no two pieces are exactly alike. A worker holds a lump of very soft and pliable dough high and swings it skillfully with his hand. He then very deftly touches a large flat heated pan (the kind used for cooking roti pratas) with the dough. The worker must do this with just the right touch, literally. If done correctly, a round thin piece of dough is left stuck on the pan to cook. After about 10 seconds, the cooked dough is then scraped up from the pan and stacked with earlier cooked ones. The whole process may seem very easy to an onlooker but I am sure that in reality it is not.

In the olden days, there used to be a row of about half a dozen workers all doing the same routine as described above but on different pans, of course. It was quite fun to watch so many of them doing the same action simultaneously. It was like they were doing a military drill. But last Friday when I visited the shop, there was only one worker doing his thing. I suspected that perhaps business had not been as good as before.

There was another reason why I had the impression that their popiah business might not be doing very well. One of the shopkeepers peeked out and saw my car parked by the roadside. She then promptly handed me a pamphlet that extols the virtue of a $460 air cleaner for my car. But at that price, I really felt that it would clean out my wallet more effectively than the air in my car. That sum of money could buy a popiah feast for about 100 people! So I replied politely that I would read up the pamphlet first and then revert if I was interested. Why the need to diversify to a totally unrelated product if the popiah business was thriving right?

Below are other details of Kway Guan Huat:

So how do you get there? Most conveniently by car or taxi, of course. 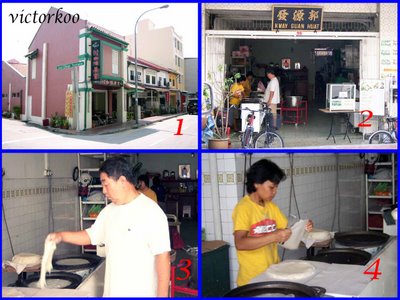 Photo 1 - The shop is at 95 Joo Chiat Road. If you are coming from Geylang Serai, the shop is on the left-hand side of the road, just after the junction with Joo Chiat Terrace.

Photo 4 – Stacking up the finished product

Evan, do remember to invite Chris and myself if you are cooking a popiah feast, alright?

I was shocked by the information you provide and realized how much I didnt know. Thank you. You should look at this other blog..
www.juddandjasonspeakout.com

grampa, tq for the vely vely informative information, i really appreciate that :p

so, i don't hv to call b4 i go rite, just pop by will do? how do i store them? suppose if i buy 1 day b4 hand, can put in fridge or not? and where's the nearest MRT too joo chiat huh?

to anonymous : i'm sure you're making use of victor to do your advertising? i don't see how your site is relevant to this post. and its very boring indeed, thank you.

Evan, wah your assignment did not specify that I obtain storage instructions leh. Better call before you go. At the same time, you can ask them for storage instructions lor. The nearest MRT I think is Paya Lebar. It's a good 10 mins brisk walk to the shop from the MRT - very good workout before the very sinful popiah feast. Moreover, nowadays the weather is very hot, so better carry umbrella along.

Evan - So what are you waiting for? I'm very keen to see the photo of the yummy popiah on your blog.. and even more keen to taste it. I'm sure Victor feels the same too. ROTFL.

The Slim Lady is on leave from 20-24 Mar and she told me she wanted to try out my mum's popiah recipe one of the days. I'll definitely help her .... to eat. LOL.

hey stop giving me pressure you guys...i mean, you grandpas...haha! popiah is alot of work leh...how to manage alone..hubby only know how to eat...juz like u chris =(

Chris provided the instructions, Victor the source of the skins, now the Evan can make the popiah. I being the oldest can contribute by judging the product. Just let me know the time and place.

win liao lor u all...now got another grandpa who wanna judge!! *arrrghhhh*

Anonymous - Evan did succeed in making the popiah... but she didn't invite me. So sad.

Nice article, very nostalgic. Thanks for the detailed info on popiah pricing too! :) I'm going to try them someday!

Camemberu - Thanks for visiting my blog and your very encouraging comment. Hmm... looks like you live in the East Coast area where there are a lot of good eating places.

Maybe they need new ideas to expand the business. Popiah is quite simple and easy duplicate business model. This is why it is hard for them to sustain even though they have great recipe.

They need to expand to become wholesaler or just focus in production instead of growing as F&B operator.