Lost Images Of Bugis Street On Film - By Peter Chan

As far back as 1992, the police came down hard on Bugis Street transvestite shows under Section 18 of the Public Entertainment Act. There was a show that featured six men in drag (male entertainers wearing women’s clothes) with their impersonation of famous personalities and performed on top of the old public latrine. The law considered it obscene, frowned on cross-dressing and the rest is history. The last time we had Liang Xi Mei and now we have Aunty Lucy on MediaCorp’s Chinese TV – change of the times or need lucrative advertising dollar? 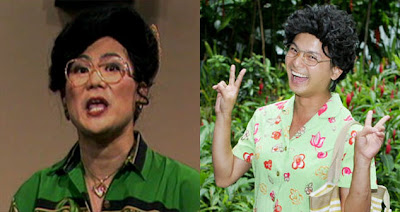 Photo 1: Liang Po Po (left) and Aunty Lucy (right).
When a Hong Kong-based filmmaker wrote the screenplay of the same name in 1995, they resorted to using set construction to creatively recreate the visual of 1960s Bugis Street. Hiep Thi Le a foreign talent played the role of a 16 year old Malaccan girl. Hiep was last seen in “Heaven & Earth” where her opposite number was Tommy Lee Jones. I remembered Hiep as that Vietnamese refugee carrying her illegitimate child to a U.S. army base. To this Yankee soldier (Tommy Lee Jones) who thought she was available she angrily replied, “Charlie want boom boom? You go there boom boom! (pointing to another Vietnamese prostitute) I no boom boom!” 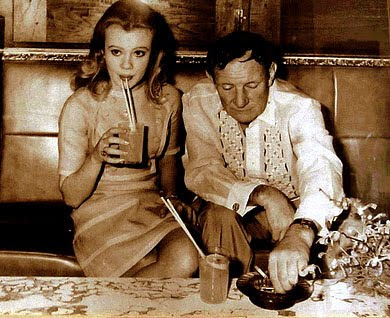 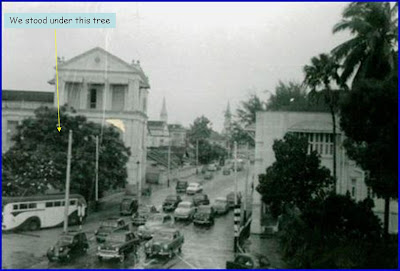 Photo 3: The armoury is on the ground floor of the three-storey building (left). The cars on Bras Basah Road are heading towards Beach Road. Raffles Hotel is on the right (c 1960).
In 1967, during recess time a group of RI students (including yours truly) were playing hantam bola behind the armoury building when they noticed a long line of trishaws on Bras Basah Road travelling towards Beach Road. We stood still, peered through the fence and saw a cameraman at the head of the line filming somebody in one of the trishaws. Pretty Polly had a foreign cast of Hayley Mills, Trevor Howard and Shashi Kapoor. Seven weeks were spent location shooting in Singapore and 2 weeks in a London studio. Tom O’Brien (Memories of Singapore blog) told me his former teacher at St John Comprehensive School, Mr. David Prosser was the hair stylist in the movie. 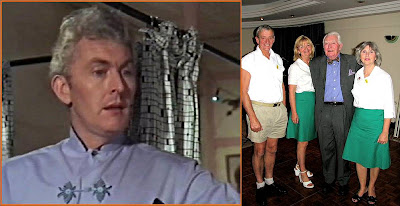 Photo 4: (Left) David Prosser as the sissy hair stylist in the movie. (Right) David standing on the extreme left. The ex-students of St John wear the school uniform at this reunion party.
The following year, the crew and stars of “The Virgin Soldier” came to town for location shooting. The vivacious Ms. Ng Lee Ngoh, a University of Singapore undergraduate played the role of a Bugis Street prostitute leaning out of the window shouting, “Briggs come back.” I suspect Mr. Briggs a British Serviceman fighting in the Malayan Emergency did not pay for services rendered.

I decided to spend some time researching on the history of Bugis Street because it was so colourful to begin with. It appears that rickshaws, trishaws and prostitution went hand in hand, that is if I were to objectively believe the Registry of Rickshaws, a department within the Colonial Government of Singapore.

All the old streets within Bugis Junction and Hotel InterContinental Singapore used to be Japanese brothels while Tan Quee Lan Street and Fraser Street had Chinese brothels. The stations were on the Victoria Street side (present Bugis Junction and Bugis Village) and Queen Street. This probably explains why we still have a trishaw station at Albert Centre. 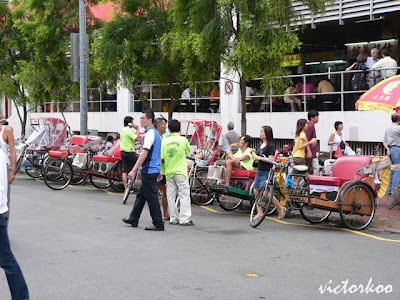 Photo 5: Trishaw Station at Albert Centre.
Now here is still the chance to catch the original Bugis Street, on film that is. I encourage you to watch Pretty Polly the movie, albeit the British dialogue and accent can be too heavy. Watch the game of noughts and crosses, beer drinking, sailor boys, transvestites, the trishaw race and the Kampong Glam Istana.

Why is that building called Armoury? Weapons inside?!

I'm beginning to think that Peter quite likes old Bugis Street. I well remember 'Pretty Polly' being filmed in Singapore. Some men from my unit , 55 Air Despatch Squadron RCT, applied to be extras in the film, and I think that a couple were successful. I'll need to see the film again.

The line about 'blue movies' in the clip Peter has posted, bought back memories. I'm fairly sure that one of the places where these were shown was a sawmill by Rochor Canal. The ‘peel & clean’ pad used in the noughts and crosses I’d forgotten all about, although as I’ve posted before, I well remember the game being played in Bugis Street.

Pte Briggs was a clerk in the RASC (later becoming the RCT). I really enjoyed the book, but the film was, as is often the case, not quite as good. The prostitute played by Ng Lee Ngoh, was almost certainly ‘Juicy Lucy’, who Briggs visited many times, and who was Brigg’s first sexual partner. I’ll have to get hold of the book and read it again to be certain.

Trishaw races were fun, but looking back on them, a bit cruel. Only the winning Trishaw rider got any extra cash, the losers just acquiring a bit more sweat. At least four trishaws haring up Victoria Street, for example, often two or three abreast, with riders pedalling like mad was mayhem, but great fun. Happy days!

Icemoon. The Armoury was probably a Drill Hall for the Singapore Volunteer Corps. Weapons may or may not have been kept there. I will see what I can find in my archives.

If you ask me why they called it armoury, I can't really explain but I do know it was used by the army cadets as the armskote. I even heard during our first tour of the school when we got posted to the school after PSLE that it was the first post office in Singapore. No wonder the wooden counter inside the armskote looked like what you would see at the GPO at Fullerton Building. At that time I didn't know too much of it (I was in the scouts) but now, it does look like a post office.

The top floor I was told was haunted and the spirit could be seen walking down the creaking wooden staircase. This was told to us by this guy called Lee Suan Hiang (I think one time EDB MD) when we visited the art studio and our friend was painting some nudes (out of the air). He's a good artist.

Now that you ask, my memory tells me my sec 1 class was next to the armoury and my JC2 class on the second floor below the art studio. Since our sec 1 class so cloe to the tree , we could play fighting horse and hatma bola just before the lesson starts after recess - so close to the calssroom.

In 1951 I was a school cadet. The armoury consisted of a room on the ground floor where 303 rifles were stored. In 1952 I joined the scout.

Philip, you have a fantastic memory! Almost 60 years have elapsed and you still recollect the number of rifles as 303. Was there any reason or significance that it was 303 and not any other quantity?

BTW, are you still on holiday in the USA?

The British army including the Singapore Malay Regiment used .303 calibre Lee-Enfield rifles to defend Singapore in WWII. Those used by RI school cadets for drills could be surpluses.

Yes I am still on holiday in US. One week had passed. I'll be back before the National Day.

I couldn't remember watching the "Pretty Polly" movie according to Wikipedia:

Pretty Polly, also known as A Matter of Innocence, is a 1967 British film, directed by Guy Green and based on the short story, Pretty Polly Barlow, by Noël Coward. The film is largely set in Singapore.

Hi, came across your blog and it's really an eye opener to Bugis street.
where did you get the clip from? It is really interesting to see another side of Bugis street since i was born in the late 80s and was ignorant of the past. I hope to share the clip with more people for my presentation on bugis street. Hope you can advise me where to find the clip? Feel free to contact me at nicolette.hyh@gmail.com

I have sent you the movie clip via a YouSendIt link.