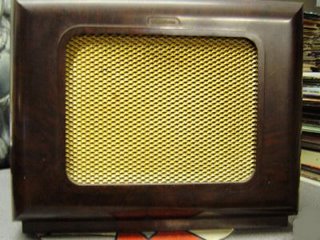 When I was a kid in the 60s, mass media consisted only of newspapers, radio, Rediffusion and TV (which was just introduced then). Of course, the Internet had not been invented yet - it only came about in the early 80s.

Radio only had 3 bands then - short wave, medium wave and long wave. Frequency modulation (FM) band was unheard of at that time. We switched on the radio if we wanted to hear international news and stock market reports. But if we wanted news and entertainment with a local flavour, we turned on our Rediffusion set. 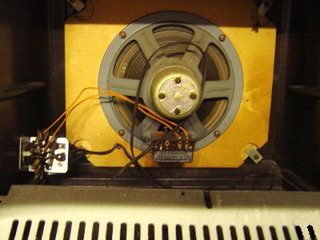 Rediffusion was a subscription 'cable radio' service. The signals came via physical wires connected to what was basically a speaker box with a volume control and a 2-station selector knob. The stations were called 'Golden Station' and 'Silver Station' - one was for dialect programmes while the other was for English programmes, although I can't remember which was for which. The monthly subscription fee then was an affordable $5 hence our family and most of our neighbours could afford the service. As the operation of the Rediffusion set did not require the use of any of the subscriber's electricity supply, most of us just left the set on at maximum volume throughout the day. I think that the broadcast for both stations started at 6 in the morning and ended at midnight everyday. Those of us who needed to wake up at 6 am would leave the set on so that it would act as an alarm clock.

Siting of the set was an important consideration. As connection was by physical wires, the set was not portable. Once you had decided on a location to place the set, it was as good as fixed. You could not bring it along into the kitchen or the bathroom with you even though it was playing your favorite song or story. Hence most people would place the set in a location where they could hear it no matter where they were in the house. This was not very difficult to do because most of us lived in tiny abodes. Most people placed their sets in their living rooms or halls so that visiting relatives and friends could have some entertainment when conversations ran out.

You also could not put on headphones/earphones to hear a programme in privacy simply because there was no such feature available on the set. Best of all, there was no remote control to fight over - whoever laid hand on the selector knob first got to choose which station to listen to, provided there was no overriding vote or veto from either mum or dad.

The Rediffusion man would come around once a month, carrying a soft brown briefcase. After collecting the $5 subscription fee from you, he would tear off a blue stamp-like receipt from a larger sheet and hand it over to you. The receipt had the subscription month and a serial number printed on it in red.

This little brown box we called Rediffusion provided many hours of endless entertainment for us. I remember Lee Dai Soh relating his interesting Cantonese stories at 2 pm every weekday afternoon and then again at around 6 pm in the evenings. 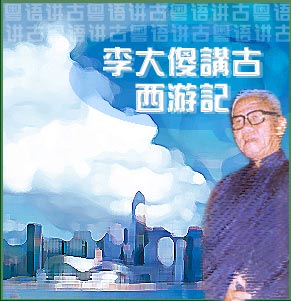 Ong Toh, the Hokkien storyteller would come on every night at around 9 pm. For the English station, I could not forget Casey Kasem's countdown of the American Top 40 every Saturday at around 2 pm. 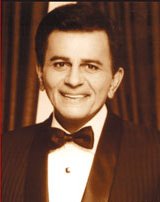 With TV being introduced in the 60s, the attraction of Rediffusion entertainment diminished somewhat. With the Government's introduction of the Speak Mandarin campaign in 1979, dialect programmes on Rediffusion were cut down. Lee Dai Soh subsequently retired from Rediffusion. He passed on in 1989.

Rediffusion also had to reinvent itself since then. It is currently providing a wireless digital broadcast service. Visit it's website and you will find words like reborn, reinvent, rewound, redefined, revitalised, retro, rethink, remake, relevant, etc plastered all over its website.

I remembered that nice cute box in our local community centre. (Princess Elizabeth) On weekend evenings, there will be a small group of men gathered below that box. Reason is that it will announce the 4D results.

My family too used to listen to Lai Dai Sor but on radio not redifussion. We only installed redifusion when we moved out of kampong in the 70's. I remember AT40 as well.

I think the younger ones will learn something from this post. To experience what it was like to listen to Lai Dai Sor, they visit Chinatown Heritage Centre.

Finally.... a post that's both enlightening and informative. Hehehe...
My late grandma subscribed to the Redifussion when we were living in Club St. I was too young to care. All I remembered was at precisely 6 am each morning, the litte box would blare out, "Majulah Kita Bersatu, Dengan semangat yang baru..." without fail.

We would wait eagerly for LDS's swordfighting stories in the evenings.

My mother loved the cantonese opera broadcasts on saturday nights. There were also operas in other dialects.

Lee Dai Sor was a terrific story-teller. He varied his tone to suit the characters in the story and made it emotional, so much so that his listeners were moved to tears. It was reported in the newspaper that Lee died of an heart-attack in his Cantonment Road flat. He just slumped into his sofa and made an easy exit from this world, really making a huge impact on story-teller in Singapore past history

Yes LDS was indeed a great storyteller and there was not anyone quite like him.

I thought he died in his flat in Block 22 at Havelock Road and not Cantonment Road? (Please refer to this webpage about his demise.)

That is my problem, I never make any research, or homework on topics regarding blogging, purely based on my memory, which is clearly not that good. When we look into the mirror every morning we would say "oh my face still looks good, fresh and young", failing to note that many years have already slipped by. The hard fact would emerge if we compare the photo of ourselves today and the ones taken years ago.

I am very curious about your age, Zen. From your comments on our blogs, I can tell that you have a wealth of life experiences. Therefore, I believe you are older than myself (50) and even Chun See (54). We have a fellow blogger in yesterday.sg who's 66. I guess you may be around his age. So if age is no secret to you and you didn't tell because nobody has ever dared to ask you about it, can you tell me if I am right?

Let me release the cat out of the bag, two in one. Zen is Chun Chew who is also Zen. Why I takes these dual personalities ? Originally I do not wish Chun See's blog confines to the Lam's family or close associates, hoping that it would reach a wider circle. We are still trying. After taking cover, now I enjoy being zen especially when involved in controversial topics which could stir up a hornet nest. Iam 63 going on 64 soon, a retired civil servant who like reading to strengthen my poor English language foundation. I believe blogging does help in this area. I shall hold back more information lest I run out of materials in future inputs. I may attend to Chun See's talk if am free on that day.

Woa... chun see is chun chew's brother who's actually Zen who all are brothers of Kam from the Lam's family. Man, this is getting complicated. Wahahahaha...

But Zen and Chun Chew, you sure have us fooled there, you know! Hee!

Ha Ha, Hee Hee, great to fool you fellas, very elated, feel good, what fun, better than teasing those monkeys at McRitchie. I told Chun See I shall emulate the late icon Lee Dai Soh, holding back a lot juicy stories especially those kampong days, making you chaps yearn for more, like pulling back a piece of fat meat from a pack of hungry lions.

So my guess was very close eh? (Must be due to the diet of fish I have been eating.)

Chun Chew, I hope you don't mind me saying this but somehow Zen came across as a lot wiser than your true self. (Depending on how you look at that statement, it could be either a compliment or an insult, haha.)

Maybe it's because of that air or mystery which your alter ego projects. Or it could be that Zen seems to wax more philosophical than Chun Chew.

Vic -you are indeed very observant. What is the difference ? - because I possess dual personalities! When I am Zen, I comment on abstract things like views, opinions and so forth, no memory recall, but as Chun Chew I have to search my mental database for input. Couple with, as I mentioned before, poor command of English language, hence the poorer QC as Chun Chew.

I prefer to call you Zen. Somehow, it conjures up an image of a man who is wise, cool and ever ready to dish up advices. Haha. Woa at 63, you're a couple of years younger then my mother only leh. It makes me think twice to crack jokes with you, sekali Victor accuses me of being rude and lacking respect for the elderly. Hehe.

But Zen, what's this about your poor command of English, you write well leh. Yes, should start blogging. If an old monkey, I mean dog like Victor can do a blog, why couldn't you? We can always teach an old dog new tricks.. Oops.. am I being disrepectful here? :P

Vic & Chris -First pardon me for all those leg-pulling remarks I made on both of you. At that moment,I was like a small kid who had just caught a big fish flapping about. You know we oldie sometime are like going through a 'second childhood', unbelievably naive. As for BRS primary school days, my form teacher always pick on me and showed the class how bad my English was. This stigma had since rubbed on me since, probably for life-time. I regret to say that I could not connect well with the present generation of youngsters and certainly unable to comment on the present day standard of English teaching.

I think you shd stick to Zen and now keep switching names. Where you want ppl to know that you are commenting as Chun See's brother, you can always put (Chun Chew)

I would say my Cantonese was top class when I was hooked on Lee Dai Soh stories. I think radio Singapore Chinese section used to have the 2pm Cantonese story-telling session. But today my cantonese is rusty.

Do not be surprised, after many 'moons', the ruling party may decide to have a 'Speak Dialect Campaign', to arrest the decline of dialect speaking, or demise to be more exact. Dialect speaking is already becoming an alien to the younger generation. So when a generation of Chinese who loses its roots, what will be the consequences ? Lee Dai Soh - who is this fellow ?

i am half the age of those who mentioned Lee Dai Soh here.

I used to dream that my chinese language teacher would speak like him. and I useed to take such a long time to finish my bowl of rice because I would eat and listen to Lee Dai Soh at the same time on weekday afternoons. Thanks to him, I grew to love literature from John Bunyan's 99 steps to Pu Songling's Liaozhai to Pearl S Buck's Good Earth and Jinyong's swordfighting series.