Religion And Alcohol Do Not Mix? 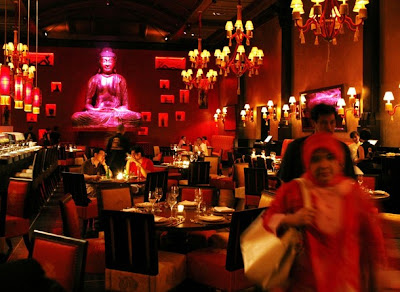 You might have recently read about the Buddha Bar in Jakarta being the scene of almost weekly protests from enraged Buddhists who alleged that the business was insulting their religion. Now you will never find that happening in Singapore. I don't mean that you can never find alcohol in a religious place in Singapore but rather, if it happens here, there won't be any protests at all. After all, Singaporeans have a high level of religious tolerance although they may not have the same degree of alcohol tolerance, at least in the eyes of the authorities. Besides, protests are illegal in Singapore. 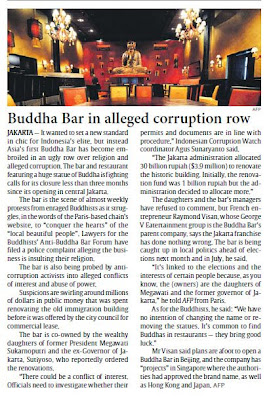 YG recently blogged about a Chinese temple which served free Chinese tea here. Nothing surprising about that. In July 2007, I passed by another Chinese temple and saw nothing unusual about it either: 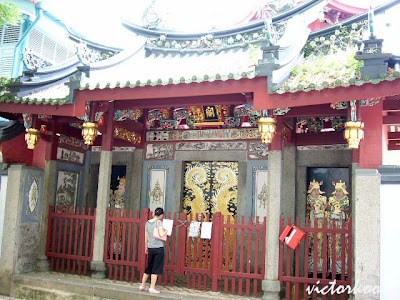 However when I revisited the temple again in November last year, I noticed that there was a bar of sorts set up within the temple's premises: 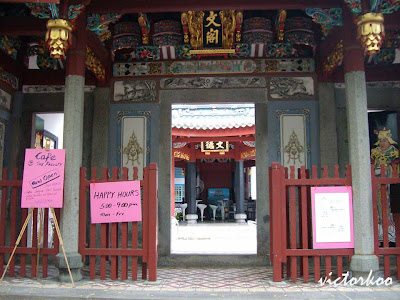 The sign outside said "Cafe". I did not verify whether the cafe actually served alcoholic drinks or not but at least Wikipedia tells me that "Happy Hour" is a marketing term for a period of time in which a restaurant or bar offers discounts on alcoholic drinks, such as beer, wine and cocktails. 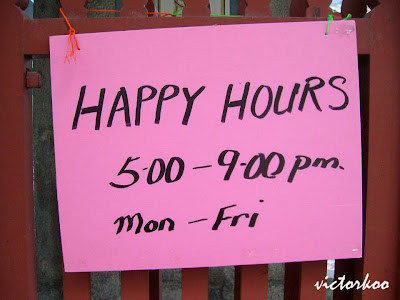 Is it permissible to serve alcoholic drinks in a place of worship in Singapore?

Religion and alcohol do not mix, or do they?

Can you identify this temple?
Posted by Victor at Sunday, April 05, 2009

Nothing unusual about religious places these days as many claim they must be seen to make progress by keeping up with the times. I have seen Christian (modern, US-influenced) churches have ATMS in their premises, abd very else to remind me that this is a Christian place of worship.

victor, let me guess. you went to amoy street food centre to eat and after your fill, you walked past this temple.
some people use the words 'happy hours' to refer to the duration/time when you will enjoy a special discount.

This looks like the side gate of Thian Hock Keng (天福宫).

Peter, frankly I don't see anything wrong with having an ATM in a church. In fact, with the ATM the congregation can't give the "no spare cash" excuse when it's time to pass the hat around for them to donate the church.

YG, you are wrong. I went to the temple before going to Amoy Street Food Centre, not after.

STST, you are right. It is the side gate of Thian Hock Keng temple on Telok Ayer Street.