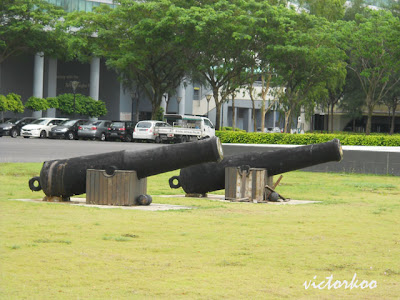 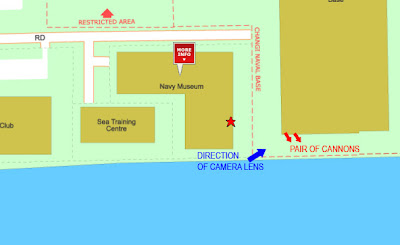 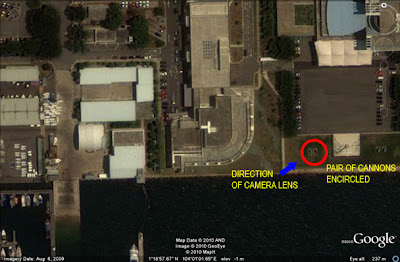 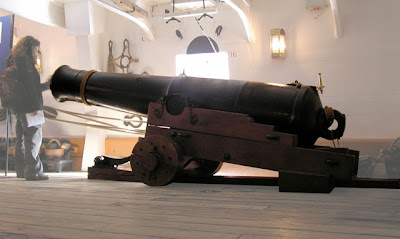 I wonder who can recognize the buildings behind to warrant their erasure. Tough quiz!

Icemoon, it is not just the building behind - if you have bionic eyes, you would be able to see part of the message on the wall saying "(Your) journey with the NAVY begins here".

Nice one!
I admit, never been there before. :)

Wishing you and your family a Merry Christmas & a wonderful coming New Year!
- One° North Explorers

To Andrew and all other readers of this blog:

I wish you and your family a Merry Christmas and Happy 2011.

Victor, may I ask if the Navy museum is open? The little information I can find either show the museum as temporarily closed or at its old location Admiralty Road West.

Hi Jon, I haven't been to the Navy museum since I wrote this post and can't confirm if it is now open.

Thanks Victor. If you last visited in December, I guess the museum is open. The Navy museum has lacked an official site and has been listed as closed since time immemorial.