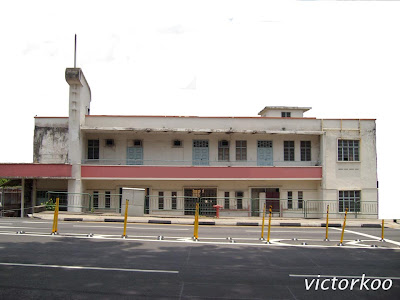 1. What is the address of this building? (Provide the number, road name and postal district.)

2. Which company used to occupy this building?

3. When did the company move into the building?

4. What product did the company manufacture?

5. Name 3 brand names under which the product was marketed as.

Note: To make the quiz more challenging, I have deleted the background as well as the words on the building.

Thanks for all your guesses. Most of you got the answers right. The most complete answers were provided by a reader named Eugene (please see this post). Well done, Eugene.

First, let's take a look at the original unedited photo: 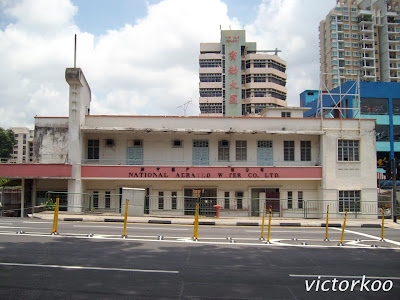 Another photo taken from a different angle: 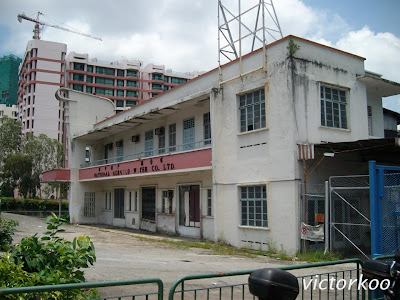 Below are photos of the same building from other sources. Here's one from National Archives Singapore (NAS) circa 1986: 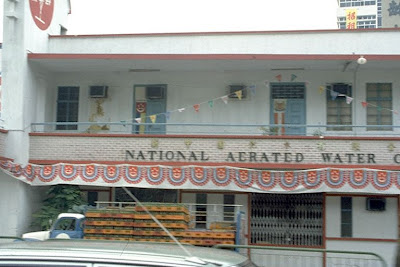 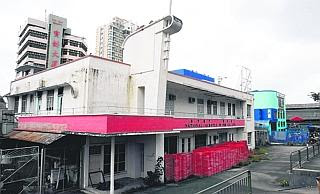 Here is an NAS image which shows a different building but with the same name. Anyone knows whether this building was located next to the present one? (I think the building has been demolished.) 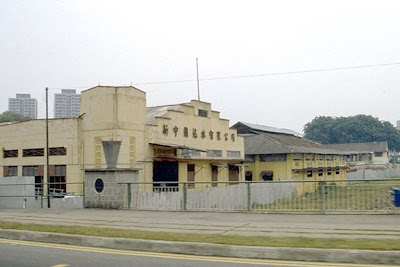 There is even one of the same name in KL: 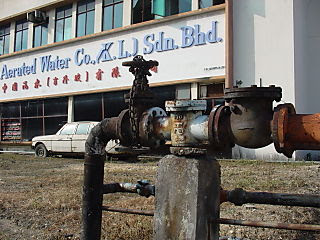 (Photo taken from this blog.)


Now for the answers to Old Singapore Quiz (2):

1. What is the address of this building? (Provide the number, road name and postal district.)

2. Which company used to occupy this building?

3. When did the company move into the building?

4. What product did the company manufacture?

5. Name 3 brand names under which the product was marketed as.


Here are some items related to the 3 brand names: 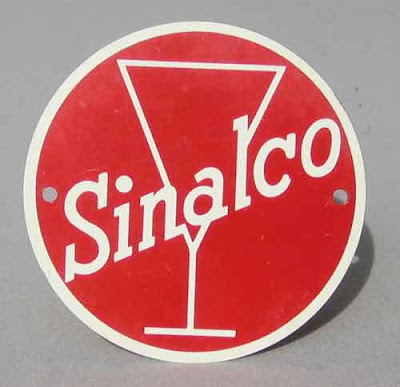 Old Sinalco symbol. You can see a partial image of this symbol in the NAS photo of the building above. Hence the building was also referred to as "Sinalco Building" by people of the older generation (like Peter).

A Sinalco bottle but not quite like the ones we used to see as kids. The surface of the old bottle was not so smooth, the Sinalco symbol was the old one shown earlier and the colour of the drink was more reddish and transparent. 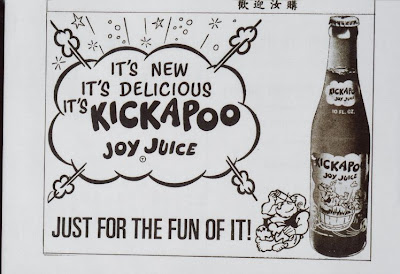 An old Kickapoo advertisement, courtesy of the NAS. The Kickapoo glass bottle was dark green in colour and the picture on the bottle was printed in red words on a yellow background. (Hmm... I wonder why they called it "joy juice"?) 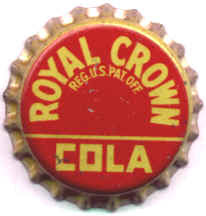 A Royal Crown Cola cap. This is a US version. I think ours looked different - the words "Royal Crown" were simply replaced by a stylised red "RC". However, I am so sorry that I can't find a sample to show you.
Posted by Victor at Monday, September 22, 2008

I'm not cavalry, so I don't know where to find the funny-looking road divider in front of the pedestrian crossing, but I thought that may offer a clue to the location.

i can offer some clues. the building is located quite close to a canal. it's not far from a church which chun see insisted was at thomson road. it is on the way to a village which is UP and ON a former farming area that was prone to flooding in the past.

peter, you have partially answered question 5. victor is not interested in what the next door sells. yes, it is the old sinalco building but he wants the proper name.

Address? Chiat Lat - i only know how to drink not the address.

Address? Chiat Lat - i only know how to drink not the address.

peter, you have also answered the third question correctly. alamak! i am acting like i am the one who posed the questions.

Victor has set a new standard in heritage quizzes.

This drink got a lot of gas worse than Coke. sip too much burp burp!!!!

Did u know there was a Bailey Bridge across Serangoon Road, to the left of that building back in the 1960s? That was a trade union bunaglow hosue there also right?
AUPE??? or something that sounds like that.

I am not sure which bdlg came first. The one in serangoon or the one in geylang (oposite the post office at the junction of Aljuneid Road and Geylang near Lai Ming Hotel). Both national Aerated Water.

One day I will blog about my paternal great grandmother (folkore handed down thru the generations) who worked as a bottle washer at the F&N factory in Anson Road - bdlg called Phoenix Bdlg (used to be CPF office last time)now is #81 or #82 Anson Road. That was in the 1910s when our fore-fathers had to make a living making ends meet.

Hi all, I used to travel past this building on my way to school.


Its occupied by National Aerated water who used to be the distributor for Sinalco, Kickapoo and RC Cola in Singapore... dunno what happened to the business. From what i recall, in the late 80's to early 90's they had a whole lot of delivery trucks abandoned on the compound. I also used to see this gold colored Merc S class parked in the compound, probably the boss' car ...

I passed by this place very often in the early seventies; on the way back from Poly@Shenton Way to Lorong Chuan and in 2006 and 2007 when I had my office in Macpherson. And yet I couldn't recognize it :(

Thank you for all your comments. I have updated the post with the answers and more details. But I have a few other questions which I don't know how to answer - look at the building in the 6th photo. It also has the same name in Chinese, i.e. National Aerated Water Co. Ltd. Do you know if it was also located in Serangoon Road? Was it next to the one at 1177 Serangoon Road? Has it been demolished?

My name is Shuli and I'm a journalist with the Straits Times. I'm writing a story on the use of Japanese on road signs instead of Tamil and you had written an astute post on this a couple of years back.

I was wondering if I might interview you on your feelings towards this issue? That would be great if possible. Please feel free to email me at shulis@sph.com.sg or contact me at the details listed if you are interested in this interview. It would really help provide some balanced insight for our story.

Hi Victor, it's been a long time since I visited! I remember this building and was surprised to see it standing last Dec when I went to Serangoon Broadway studio nearby to have some family photographs taken.

My family used to live in Sennett Estate. I would take bus 154 or 151 to school in the morning, and it would pass the building at the traffic junction directly opposite it. That was 14 to 18 years ago. Back then, there were still crates of empty Kickapoo bottles stacked there.

I also remember the fire station diagonally across the road was a functioning one, but it is now abandoned.

Wah, loads of memories this one!

Thanks for your comments, Patricia. You inspired me to write this post about Sennett Estate.

The 6th photo which shows the building next to the aerated drink factory was a godown before it was leased to Sinacol. My father worked there as a clerk in the godown. There was a building behind it in which our family lived there. The address was 1167 Serangoon Road. I used to walk to my school (St. Andrew's). This building was of course demolished. Only the National Aerated Water building still remains.

Thanks Anonymous for the information on the 6th photo.

Recently I took a pic of this factory (link provided) and found your post when I googled. Looks like the place has not changed much since the time you took the pics. Interesting blog you have :-)