Another One Bites The Dust

In the article, Noel laments:

"Sadly, there doesn’t seem to be any pictures of the red gourd burner before it was destroyed. Perhaps someone has an image that can be shared on yesterday.sg or the Tiong Bahru Estate Blog?"

Well, fret not, Noel. I have had the foresight of taking a photo of the burner in January last year. Here it is: 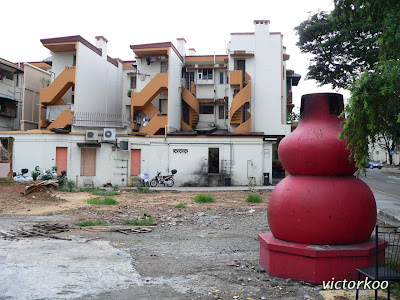 Another old Singapore landmark that will soon disappear is The New 7th Storey Hotel. (The word "new" in the hotel's name is actually quite a misnomer - the hotel is 55-year-old as it was built in 1953. Even the order "7th" is inaccurate - I will tell you why later.) It has just been announced that the hotel will make way for a Downtown Line MRT station. According to the Land Transport Authority, the owner and occupants of the hotel, who will have to move out of the building by end December, will receive "compensation pegged at market value". (Note, not "nostalgic value" hor.)

So you (not just Noel) better go take some good photos of the hotel before it disappears from our island forever. I have already done so. (Please see photos below.) And if someone asks me for the photos again, I am going to charge. :p 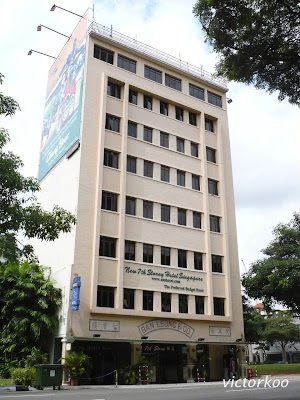 The hotel was the tallest building around that area at that time. I counted the number of storeys - there seems to be 8. Hmm... can you count again for me? According to the hotel's website here, it actually has 9 storeys. Oh dear, now we are short of one, unless you count the rooftop as well. 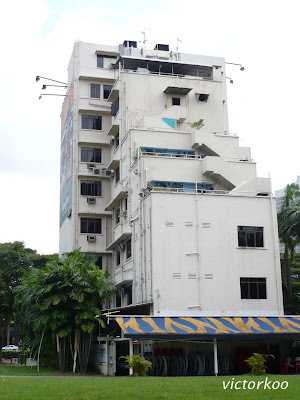 Ah okay, if you look at the backside (pardon the language), it indeed has 9 storeys. 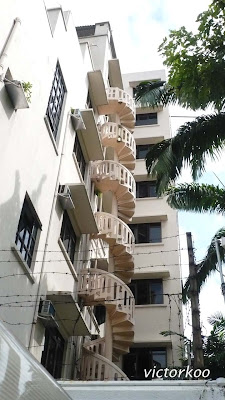 And if you peep at the right side of the backside, a very exciting feature is revealed - a quaint and retro-looking spiral staircase! 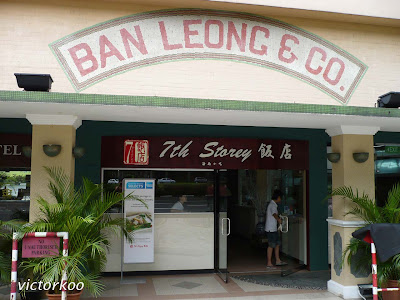 An even more inviting restaurant entrance. Hmm... does anyone know if Ban Leong & Co was the original owner of the hotel? 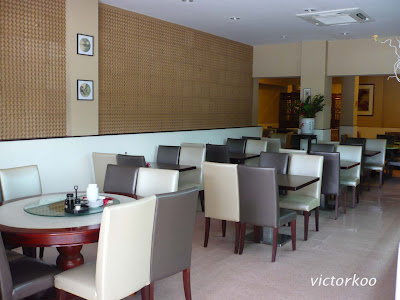 Inside the restaurant. Erm... why there were no diners present was because it was... 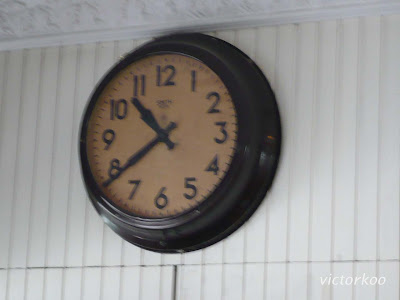 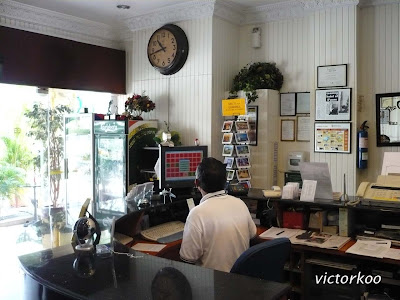 The very warm receptionist. (No, not that he's feeling warm - the hotel is air-conditioned.) 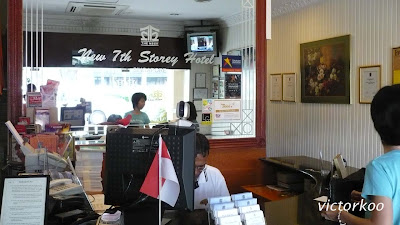 They are also computerised and even have BIG LCD screens that obscure faces.

The last surviving cage-lift in Singapore but it would soon be gone too.

Isn't the hotel cute? Instead of just taking photos, it would be even better if you could stay a few nights in the hotel. I bet you'll never ever have the chance again to have the same experience after this December.

Another One Bites The Dust is the title of a 1980 funk-rock hit song by British rock band Queen which you don't expect people of my age to know. But hey, I do. ;) You can refer to the song's lyrics here.
Posted by Victor at Sunday, July 06, 2008

If they would not spare the old National Library in spite of much public objections, why shd they spare this one?

Hey Vitor, how can you forget to mention my article of the same name?

Chun See - When I passed by the hotel and saw it was the last building on the big empty plot of prime land, I knew it had to go sooner or later. So I took those photos in Novemeber last year for keepsake (and "blogsake").

You've got to admit it - the hotel stuck out like a sore thumb when compared to the nearby buildings like the imposing Parkview Square and the modern Bugis Junction.

Thanks for that link. Can't recall that you used the same blog title lah. :)

Thanks Sathiya. I just had lunch with some friends at the hotel restaurant on the ground floor. The tze char (Chinese cooked food) was good, especially the chicken rice and the butter fried fish.

According to my friend Peter Chan, Ban Leong had a tyre shop at the NSS Hotel in the 1960s. That explains the sign above the restaurant entrance.

I reloaded the Recent Comments widget and I can now see the recent comments on my blog. But I still cannot see yours. Can you go to my blog and see if you can see mine. Thanks.

Hi Chun See, I went to your blog and I still could see the latest Recent Comments (last one by Nonex), i.e. no change.

I tried looking at the HTML codes for my blog yesterday and am not so sure if I know how to reload the Recent Comments widget as I can't seem to locate it.

Icemoon provided a link to another photo of the read gourd burner here. (The Chinese name for gourd is hu2 lu2.

ban leong is not a tyre shop. It's a cigarette distributor company for 555 n dunhill.Ban Leong n 7 Storey Hotel & Lion City hotel were owned by the same person. Who am I? I am a member from the family.

Thanks for the information. Er... Peter, your information is not accurate this time.