The Invasion Of The Kims, Lees And Parks

This post is titled as such because about 40 percent of Koreans have Kim, Lee or Park as their surnames. Make no mistake - I am not against attracting foreign talents to our country. Neither am I xenophobic. I am just relating a fact that only dawned on me recently.

There is no doubt that South Korea is an emerging economic superpower. South Korea has several dozens chaebols. (Note: Not chabor or women, although I am sure she has them as well and many pretty ones too.) A chaebol is a large, family-controlled Korean corporate group, assisted by government financing. Chaebols have played a major role in the South Korean economy since the 1960s. Some have become well-known international brand names, such as Samsung, Hyundai, and LG. But let's look back in history to see how the Koreans managed to slowly garner a share of the Singapore market in almost every product.

Hyundai's debut in the Singapore car market began when its first Pony galloped onto our shores a quarter of a century ago: 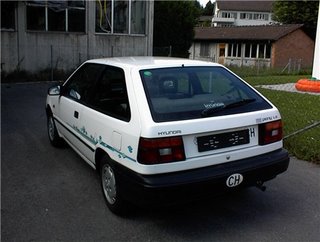 It was then a horse with no name. I have not ridden driven a Pony before but I have heard enough horror stories about it. As Mr Christopher Tan, Straits Times' Senior Correspondent put it in a recent article, the only other car that could rival it in terms of notoriety "was the Lada Samara, a thinly-disguised Russian loaf machine that arrived a decade later".

Today, Hyundai cars are the third best-selling in Singapore, according to LTA's 2005 figures, losing out only to Toyota and Nissan: 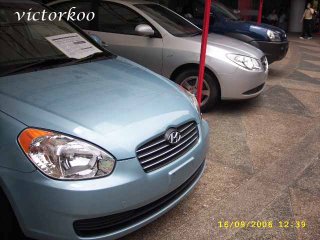 Hyundai even beat Honda and Mitsubishi to fourth and fifth places respectively. And the best-selling mini-MPV was the Hyundai Matrix: 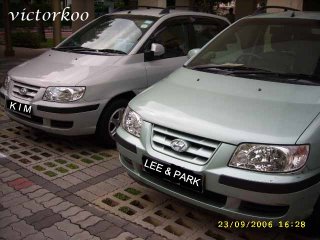 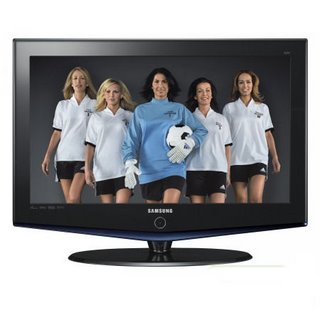 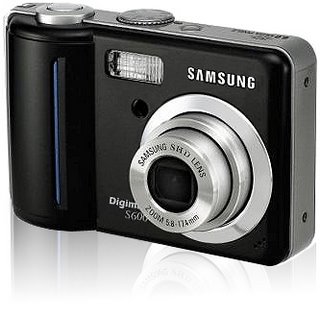 The reasons why more Singaporeans are now accepting Korean products must be as follows:

a. Korean products' designs, quality, durability and reliability have all improved through the years. Many people now prefer Korean-made products to China-made ones even though they have to pay a bit more.

b. The products are competitively priced. Their prices are at least 20% lower than similar products that are made in Japan. (However, I have also heard many people complaining that Korean cars consume at least 20% more petrol than their Japanese counterparts.)

In terms of TV entertainment, I remember in the early 80s, Singaporeans were crazy over Hong Kong serials. The first popular one was "The Man In The Net" starring Chow Yun Fatt: 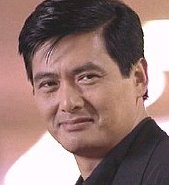 Mr Ong, my primary school classmate whom I met recently, told me that his wife watches Korean drama serials almost every night till early next morning. She then catches up on her sleep in the day. What an exciting life! Only blogging seems to be more exciting. The shows that she watches must have stars such as these: 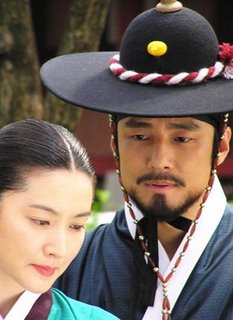 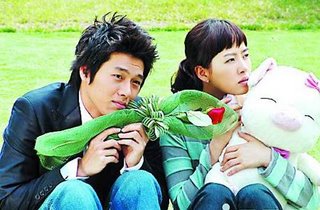 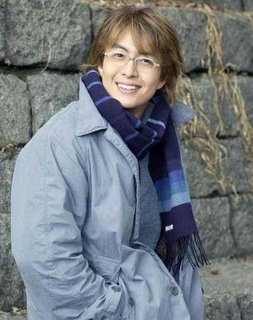 Now I know why the handsome lad in the last photo is also called "the aunties' heartthrob" by people like Chun See. There is even a Wikipedia entry on, not Chun See, but Bae Yong Joon. My wife got my alarm bells ringing when she recently told me that she found the show Da Chang Jin "quite nice".

Would you believe it? Korean snacks are also invading our supermarket shelves: 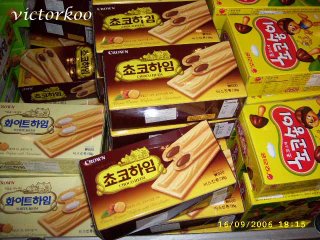 But this was the last straw that broke my back prompted me to write this post: 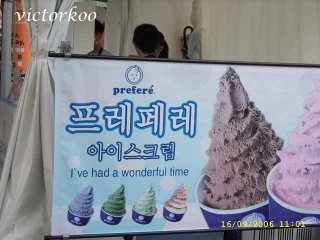 They even teach you how to pronounce it (the Korean way, I suppose): 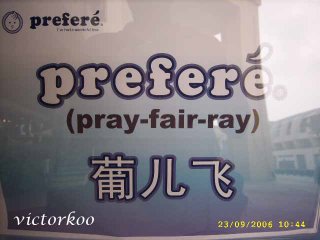 It is not pronounced the way it is in "preferred bra" but "pray-fair-ray".

So "pray-fair-ray", I've had a wonderful time too writing this post.

Well, thank you Victor, for showcasing my two Korean products in your post. The reason why I bought them is because they are made in Korea. My main gripe with other brand like SONY and APPLE is that while they are Japanese and American products, they are NOT made nor assembled in their native countries, but in China, and sometimes Malaysia. These countries workmanship not so good lah, and the products "conk" easily lor. My IPOD dunno broke down how many times already. Useless piece of gadget!

What? U never showcase my "korean" wife ahh?

daejanggeum (da chang jin) is really a good drama. i juz finished watching and i'm suffering from withdrawal symptoms now. so i'm going on to watch a similar one called 'the legendary doctor hur jun'. heard its as good as daejanggeum. maybe mrs. koo shd watch it too :p

oh i forgot...choi is also a very popular surname. doesnt pronounce as 'choy' but 'chuay' :)

Chris - You got Korean wife meh? Or did you mean Korean mistress? Sorry, that one I am not supposed to know what.

Evan - Ask my wife to watch another Korean drama? Thanks but no thanks. Wait she give up her full-time job to watch full-time Korean dramas then how?

Evan, the only "choi" I know in Singapore are the "choibu(s)". Don't say the korean men, the korean babes are really hot, sexy and desirable. But I heard 1 in 5 koreans goes under the knife. You look at some of the actors' noses - so small and dainty. Got $$$ sure can look like movie stars one wat.

Victor, my "korean" wife you dunno? My Yepp MP3 player that I sleep with everynight lor. LOL.

that one is chio, not choi!! actually i dun think 1 in 5 koreans go under the knife. shd be 4 in 5 koreans! maybe its not that expensive to hv plastic surgery in korea. either that, or the koreans must b damn rich lor. i dunno for the men, but the women sure got go under the knife b4. in fact i got a few actresses' before & after photos...its so shocking! u know that actress who acted in 'my lovely samsoon'? many ppl might think she's not that pretty so she sure is au naturale. but let me show u this :

many ppl were suprised she actually used to look "like that". no wonder i was thinking, how come the korean women looks suddenly change? they dont look like typical koreans ie. 金银姬 that kinda look anymore. who knows, actually they all went under the knife to hv bigger eyes, smaller nose etc. like japanese. anyway i heard their eyes confirm will do. coz a reporter who went to korea said she observed that most young kids/pri sch children all got single eyelids, but all adults got double eyelids n big eyes!

anyway i esp love the korean men's noses. they've got such straight and high nose bridge from the side view. i heard its got something 2 do wif the weather. they said noses will b smaller & higher if the climate is cold. but ppl who live in tropical countries like us mostly hv big and flat noses. but some said its becoz of the MSG. LOL. dunno how true.

Eh, but I thought 金银姬 is Mongolian? You mean she also got Korean blood ah?

hello? she IS korean. she was even the intepreter when bae yong joon came to singapore in 2004. unless u tell me she's mongolian but can speak korean. where did u hear it from?

So far only watched 2 Korean dramas - Da Chang Jing and My Lovely Samsoon. Quite good. But I find Korean action movies too violent; eg.Musa. But my colleagues loved it.

Sorry Evan for my mistaken impression. You can see that I am no Korean fan, unlike Chun See. :p

So looks like 金银姬 belongs to the category of "4 out of 5" Korean women who underwent the knife to have double eyelids - just take a closer look at her photo here.

only their dramas are good. their movies suck. like what uncle chun see said, their action movies are too violent. even their comedies are! they think they slapping and hitting ppl on their heads are funny. i don't think so. and they seem to hv a different "intepretation" of what funny is. their movies are just so different from the hollywood ones. weird. so i say, just watch their dramas and give the movies a miss!